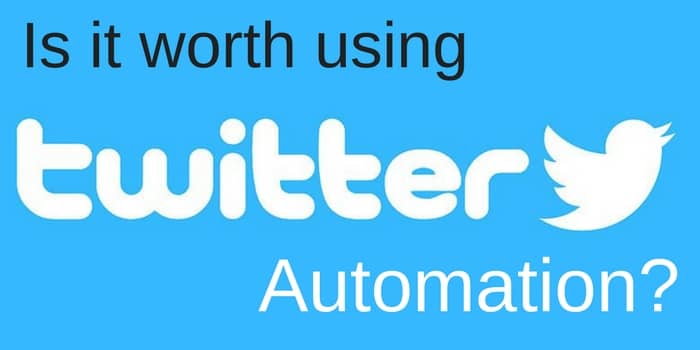 As a long time user of Twitter, I have been around the block and back many times and have tried automation in a number of forms. Some successful, some moderately successful, and some abject failures.

For those newer to the platform, automation is a tempting alternative to spending hours building a sizeable following and adding content to a Twitter stream. While there are many ways to automate your Twitter account or accounts, Tweet Adder is probably the most known software available. Either by coincidence or planning, I’ve read a number of blog posts very recently by authors espousing the virtues of this program and have to wonder if some may have been paid to post favourable experiences.

Before I get into this, I should point out that I do have Tweet Adder and have experimented with many of the automation tools available and while some features are useful, some are a good way to get yourself suspended from Twitter if you are not very careful.

My own experiences with this program are not glowing. The automated follow feature filled my account with dead users and rubbish accounts and worse, spamming followers no matter how I crafted the keyword search. The automatic unfollow feature had two of my Twitter accounts suspended within days. The proxy server connections, which are recommended to get around Twitter tracking your activity, require the user to buy these connections. Added cost, no thank you.

What is very good though is the automated Tweets using ‘spin’ words. In other words, using a selection of words to alternate to create unique tweets. The posts I have read recently suggest an ‘hour or so’ between these auto-Tweets. Talk about bombing yourself into being ignored completely. I use this feature for posting about once a day at most to promote my books on my secondary accounts. In a way, just as easy to do it manually, but with my memory, yes, it’s useful.

There are also RSS feed facilities, but this can be done by using free services such dlvr.it, so this is not worth spending good money to get.

Even though I have used Tweet Adder, I still select my follows manually. Slow yes. But the result is that I have a focused and next to spammer free Twitter following. When I need to do some housekeeping, free online apps such as Manage Flitter do a much better and safer job at finding dead accounts and unfollowing those who fail to follow back.

So is Twitter automation worthwhile? In my opinion, a little goes a very long way. Don’t think you can fool people. Auto Tweeters stand out like sore thumbs.