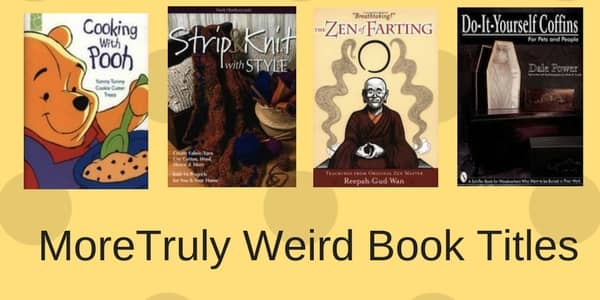 In the literary world, there are some book titles that really make on wonder what was going on in the editor’s brain that day. I recently posted some of the worst. Well, I thought I had, until I noticed that I had some that didn’t make the first cut due to a lack of space. That they didn’t make the first cut may tell you how bad they were. But instead of just deleting them, I thought, what the heck, go for it! So here we go with part two of the very worst book titles.

The Most Stupid Book Titles Ever – An Encore

3 thoughts on “The Most Stupid Book Titles Ever – An Encore”