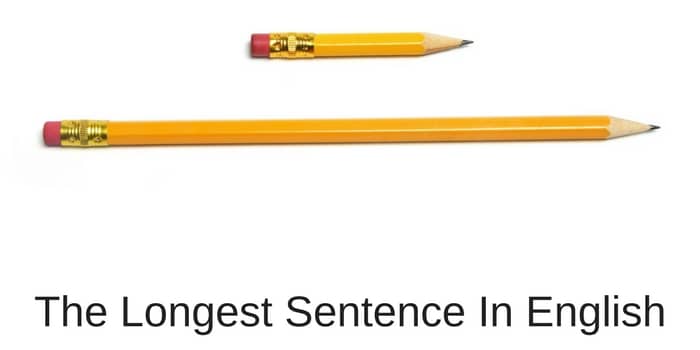 How long can one sentence be?

For some odd reason, I started searching for the longest sentence ever written in English and was amazed to find that in fact, a sentence of 469,375.2 words was actually written by Nigel Tomm in a book titled The Blah Story that had twenty-three different covers, which must surely be a record for covers and words, although I’m absolutely perplexed as to what would constitute a word that would only count as point two of a word as a word is a word and any reduction would have to be classed as a suffix or abbreviation or perhaps an acronym but one could surmise that his over-use of the word blah may have been at fault as he may have included and unfinished blah, which could explain the mystery of the word that constituted being classified as an incomplete word measuring only twenty percent in length, but then when doing the mathematics required here, the word blah only has four letters so it would be impossible to write only twenty percent of a four-letter word as the only possible division is by four so the word blah, or its contraction or incomplete state cannot be the reason for this odd word anomaly, so I can only assume that somewhere, deeply hidden in 469,375 or is it 469, 376 words there was an incomplete word that escaped an editor’s notice though it would be very difficult to blame an editor for failing to notice such a small error or omission in a sentence of such immense length and obvious complexity although this is really what an editor is paid to do, so the mystery of the twenty percent word may rest for some time unless there is someone out there who has a better knowledge of this subject than me and may be able to shed some light upon Mr Tomm’s mysterious one fifth of a word, but until then I think I’ll just ignore the point two of a word and concentrate on sentence length that was my original aim of this post and started my search that led me here after discounting the mere 12,932 words that James Joyce managed to string together in Ulysses, which clearly pales into insignificance when compared to Nigel Tomm’s exploits in making a sentence into a complete book and with it, inspiring me to achieve the same feat; albeit in a simple blog post.

9 thoughts on “The Longest Sentence In English”