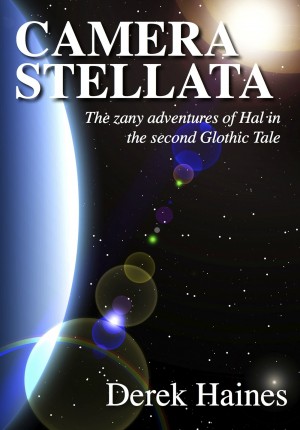 It has been quite remiss of me not to have addressed all the Aussies who regularly read The Vandal. Being an Aussie living in Switzerland for the last ten years hasn’t diminished my sense of being ‘Ocker’, so a hearty G’day to you all, and by the way, yes I do still miss cricket, AFL, State-of-Origin matches and pies with tomato sauce. But I do have to be honest and say I really don’t miss the flies and mosquitoes.

Second remiss item on my Australian agenda is not to have mentioned (here comes the plug, here comes the plug) that my last book HAL is set predominately in Brisbane, with notable mentions of Sydney, The Gold Coast, Nimbin and a few strangely named planets and moons.

Now you might be wondering how a sci-fi farce can be set in Queensland and have characters hanging out drinking beer at the Breakfast Creek Hotel. Well, continue wondering because it does get a little bit more far fetched as HAL (his name is really Halbert) goes about his adventures with aliens, girls, wasabi and the odd visit to the Hemp Embassy in Nimbin. If you’re still following all this, there is one other bit of information you should know about HAL. He’s actually Pommie.

Now I know this could cause a potential drop in my Australian sales, but hey, he was disowned by his family, so he had to go somewhere. Mind you, for a lost member of the British nobility, he doesn’t do a bad job of adapting to an Aussie lifestyle, and at least tries as best he can to become a surfer while waiting patiently for his hair to be bleached by the salt and sun. He also becomes addicted to backyard ‘barbies’ and learns the odd word in Japanese.

Well, there we are then. Better late than never to say G’day and have a go at flogging my book in Oz. And yes! Of course it’s available on Amazon and everywhere else.

3 thoughts on “Yes, HAL in Brisbane!”