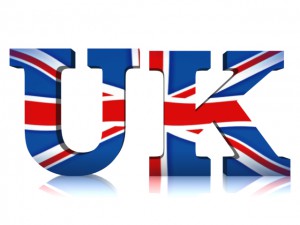 While I might write in British English and know a lot about cricket, rugby and what makes for a great pint, it seems that my Australian colonial connection with the Mother Country ends at about where the titles of my books begin. Not to put too finer point on it, maybe I should reward all the very nice and pleasingly numerous American readers I have and start publishing my books in US English.

With tongue just a little in cheek, I often ask myself what I must have done to offend the ‘Bloody Poms’, and at the same time ask why it is that Americans seem to like my Antipodean writing style.

While many factors could be at play here such as the popularity of Kindle in the US compared with the UK, or the fact that the UK Amazon store is well, how can I say this politely? Rather lame and totally out of sync with all the other Amazon stores in the world while tending to be upwardly imaginative with pricing, might say enough.

There could of course be the ‘Swiss Effect’ at play as well, because as I live in Switzerland and as most UK readers would know that the Swiss speak French, German and Italian, they may think I’m publishing in a foreign language. I won’t mention anything about stereotypes and geographical acumen, but suffice to say, readers from elsewhere probably just look at my titles and notice they are in English and don’t worry about the threat of fondue, Heidi or Edelweiss.

To put my concerns into perspective, my sales are geographically distributed roughly as follows. Around 85% to the US, 10% to the UK and the last 5% are lost in the ambiguity of Amazon’s sales reports. Needless to say, it’s a great concern for me that my love of cricket and fine ale hasn’t lead to better UK sales.

Maybe I’ll just have to accept the fact that either I’m hated by the English, or respectfully ignored, but whatever the reason, thank you all you lovely ‘Yanks’ for keeping me in beer and peanuts!

Why Do UK Readers Hate Me?