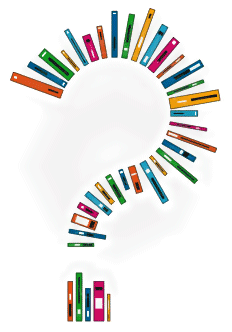 How important are book reviews?

Very, is the correct answer. Book reviews are a critical part of the decision-making process for book buyers.

However, after publishing your new book, and having your mum, sister and best friend post a review on Amazon and Goodreads for you, where do your next reviews come from? If you’re patient, well, very patient indeed, you will possibly get some reviews from readers who buy and read your book based on your very few family and friends reviews.

This solution to this problem has been addressed the same way by publishers for decades. Free advance copies of a new title were sent out to hundreds or even thousands of ‘advance readers’ and media companies to generate reviews ready to use at and after publication.

In recent times, this process has been streamlined with the advent of ebooks, and when scanning the reviews of a new title by any major publisher, it is clear from the similarity and keyword placement of the early reviews that various strategies were used to gather these reviews. With maybe hundreds of staff members who could post reviews or registered reviewers who are rewarded with free books, through to paid reviewers, the pool of reviewers can be staggering.

If you think paid reviews are not a common practice, perhaps this is worth reading.

A New York Times article about paid reviews gets interesting when it turns to John Locke, a writer of serial thrillers who sold a million self-published $0.99 e-books through Amazon. According to the article, when Locke’s initial strategy of building relationships with readers, one blog post and tweet at a time, didn’t move his sales ranking fast enough (he complains it took him “almost two months” to garner five five-star Amazon reviews — cue the sound of a thousand authors’ eyes rolling), he bought 300 reviews to make his fan base look larger than it was. It worked; his presumptive popularity secured, sales soared. Locke lands a Simon & Schuster distribution deal. Everyone’s a winner, right? (Source)

However, for most self-published authors, finding a pool of willing reviewers is next to an impossibility and paying thousands of dollars for reviews is usually beyond the budget of most. There needs to be another way. An Indie way.

As I also run Whizbuzz, which is a site dedicated to promoting self-published and small press authors and their books, the concept of offering a reciprocal review service for authors that will help garner book reviews would seem to be a logical progression to the site’s current promotional posts. Simply put, initiating contact between authors who would agree to exchange books and Amazon and Goodreads reviews.

I would be interested in reading comments or suggestions from authors and their reactions and thoughts about a service such as this before proceeding with this idea.

How Important Are Book Reviews?

17 thoughts on “How Important Are Book Reviews?”