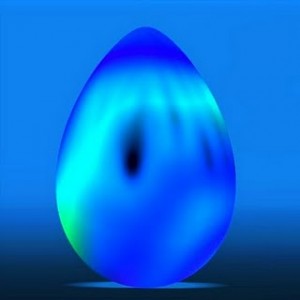 While endeavouring to become a rich and famous science fiction writer with my new book ‘February The Fifth’, it seems my penchant for gastronomy is hindering progress. Although I am honoured that so many readers have commented on some of the tempting meals mentioned in the book, it shouldn’t be forgotten that I do mention a lot of sci-fi stuff too. You know, planets, space ships and even creatures with multiple appendages.

Alas however, I suppose I should accept the culinary critiques in good spirit and get on with writing a recipe book next. Would you like the recipes for the following tempting fare from February The Fifth?

No one responded to String’s remark as Multi arrived with plates of food. An odd purple and green mixture that resembled porridge accompanied by something that looked a little like pasta but with a more shiny, gooey plastic appearance.

‘Oh that looks wonderful,’ Snurd lied. ‘What is it?’

……. be buried,’ Multi said with a laugh as he arrived with his offering of seconds and joined in the conversation. ‘TunTun Turnovers,’ he announced as he served small plates of something resembling seaweed floating in a blue substance that appeared to have once been a custard of some description. It had an aroma that was sweet – like sugared urine. No one except String looked happy with the offering.

……. to be able to digest a heavy meal of Andetrope eggs in a rich creamy sauce made from Kattratatac bile. A very traditional meal on Terranova Two, as the Andetrope was the only native wild fowl on the planet and its eggs were most sought after due to their size, about the size of a dinner plate, and four bright blue yolks. Similarly, the Kattratatac, an oversized rodent, was also native and had the distinction of not only having the only edible bile in the entire universe, but also the convenience of coughing it up copiously when a little pressure was applied behind both its ears simultaneously. For these reasons, they were both prized pets to have around the house.

Adiddle, as usual, was attending to his guests with aplomb and when he offered second servings of his twice-baked Begrogol fillets, even Feb joined String and Snurd in accepting. The Begrogol was an elk like animal with six legs and long spiralled ivory horns that were considered one of the most valuable materials in the universe. A rare treat, as it was an animal found only on Mengla-Coxa-Mingla, a small oddly oval shaped planet in the Seventh Sun System.

Turdling Hurdles And Other Tasty Delights