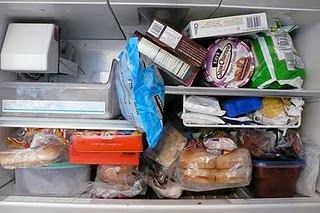 The older one gets, the wiser one gets, as the saying goes. Well, this may be true for some, but personally I go by the motto that as every day goes by, one million of my brain cells go missing. I have a theory that they are escaping through my ears, but I haven’t been able to prove this as yet. The other theory I have is that my most enjoyable but probably unhealthy lifestyle in my younger days may have taken its toll.

It’s is easy with hindsight to know that I did some terrible things to my brain and body during those years, but I reacted as quickly as I could and began a new and totally healthy regime. About two hours ago.

That’s when I discovered where I had misplaced, or should I say carefully placed, but quickly forgotten, or carelessly placed and couldn’t remember, my wallet.

It was a mystery for some hours, but the Sherlock that I am refused to be beaten. I backtracked on myself and all the movements I had made during the day. I knew I had it early in the day, because I went shopping, and normally the shops want money. So therefore I had my wallet then. I think. Or I thought.

After a number of hours, I was at a loss and almost ready to call the bank, credit card companies, health insurance and however many other little plastic card providers. I had no worries about cash, because I have no money.

Then I became depressed, and gave up. I couldn’t face all those phone calls. Best to leave them for my wife I thought. Then I did the only sensible thing. I drank beer. But the effect wasn’t fast enough, so I resorted to the whiskey. I just love whiskey on ice.

So I opened the freezer to get some ice cubes, and lo and behold! That’s right. I had my wallet in my hand when I returned from shopping and had trouble manoeuvring the left overs Tupperware containers to make room for the Fish Fingers I bought.

There’s My Wallet. In The Freezer!

3 thoughts on “There’s My Wallet. In The Freezer!”