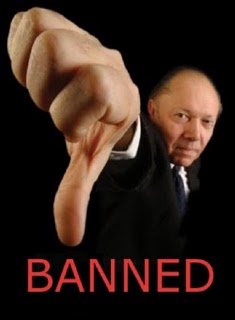 As most people do, I like to scan the news with my breakfast and catch up on the events of the day. Not so long a go, I did this with something that was called a newspaper and was, believe it or not, delivered by a man at 5.30 in the morning. However, times have changed rapidly and I now do my news catching up on my iPad complete with a plethora of ‘news apps’.

No matter that the technology has changed, there are still so called news items that should be, and more accurately, should have been banned from newspapers and electronic news a long time ago. I know I tend to be a little negative at times, but the following supposed newsworthy topics make me very negative at the mere hint of them and usually result in me humphing and grunting something unrepeatable and totally improper at the breakfast table.
1. Reality Television – This is NOT news. It’s drivel and it’s only use known to mankind is to keep the commercials from bumping into each other. I would prefer headline news about the commercials in fact.

2. Israel and Palestine – Not wanting to offend anyone here, but the story has been the same over and over again for fifty years. This topic should be banned from the news until someone actually really does something. Anyway, there is only any activity towards the end of each US presidential cycle, so it will probably ban itself until the next cycle.

3. Bimbos – I’m sure you could make a list for yourself here. But anyone blonde and supposedly attractive that has never done a solitary useful thing in their life other than drink champagne and get arrested a few times is definitely not news.

4. New Medical Cures – These always annoy me. Once you get past the headline, it goes on to tell you that the brilliant new drug that will cure Toenail Cancer forever ‘may’ be available in 20 years after more research and testing on a few unwitting pygmy tribes.

6. Has Beens – Now what was his name? Tiger something?

5 Topics That Should Be Banned From The News