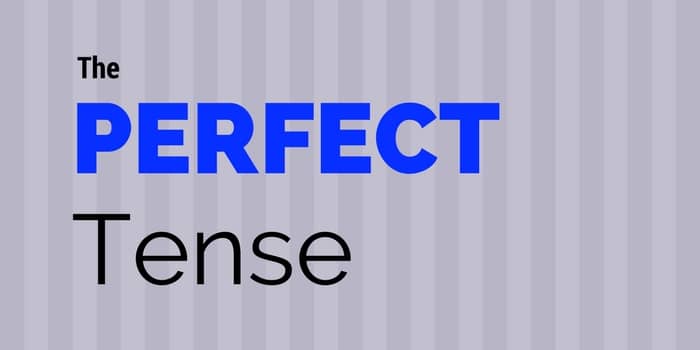 What do you know about the perfect tense?

While all languages have their positive attributes, be it structure, rhythm, sound or lexis, English has one of the most unique tenses. It is one that we tend to forget all about when we are writing. In some manner it does exist in some other languages, but not to the extent that it can be used in English.

What is it? It is the present perfect. More correctly it should be called an aspect rather than a tense, but I won’t quibble about its grammatical name. In my view, it should be renamed the experience tense, the tense of the living or even the tense that can affect now. These descriptions are much more accurate and informative in my mind.

When teaching learners of English, it is the one structure that needs to be taught as a concept. A way of thinking. With other tenses such as the past simple, present continuous or future simple, time is of the essence and is therefore not a concept but an event that is defined by a clock or calendar.

I will take three examples of the present perfect to demonstrate its remarkable properties.

Example 1. Have you ever been to Spain?
Example 2. I’ve written three books.
Example 3. Oh dear! I’ve lost my keys!

Although there are other uses, these three examples demonstrate the three main functions.

In the first example, the question is searching for an experience that someone has had. If the answer is yes, the questioner can then proceed to use the other person’s experience. Perhaps by asking if Spain is hot. When the best time to travel is. What the food is like. I’ve eaten ants, have you? In this example, it expresses an experience again and looks to promote a discourse from that basis.

The second example is not really about books. It is saying that the person is in fact not dead. With the present perfect, the ability to add to a list of achievements indicates that the person, or object, is alive. Contrast these two sentences. 1. Dan Brown has written many books. 2. Shakespeare wrote many plays. We now know who can add to their achievements and who is alive and who is dead.

Lastly, the effect on now example. Although the action of losing the keys is definitely in the past, it has a present effect. Such as, I can’t open the door now. Or I can’t start my car now. I’ve eaten too many slices of cake would indicate that the person now feels quite ill after they ate too much cake.

In combination with adverbs and prepositions such as yet, already, for, since, ever, never and just the present perfect can be used to describe a multitude of situations in absolute minute detail. One last use worth mentioning is that of currency. The media are the ultimate artists in this use. Imagine this headline. The economy has gone into total meltdown. Think about this phrase. When did it happen? Today or months ago. It doesn’t matter. It sounds like it happened just a few minutes ago, doesn’t it?

3 thoughts on “The Perfect Tense”