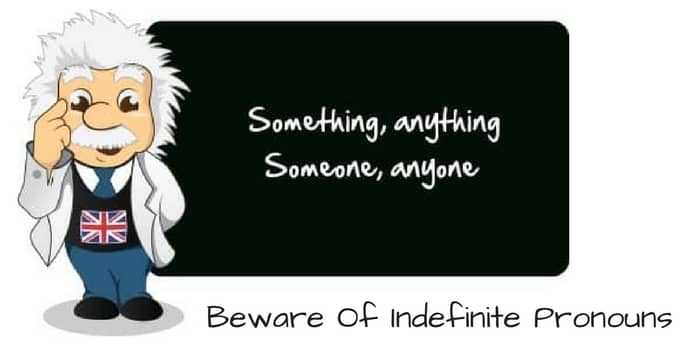 I love something about indefinite pronouns.

I found this short text today in my little folder of long forgotten things that I have written about. I can’t recall when I wrote it, but I know why I did. It had something to do with the overuse of indefinite pronouns.

Using too many indefinite pronouns is a very habit to get into as a writer, but using nothing else is so much more fun!

Somehow, something really weird was happening. Someone wrote something about it and someone read it, and then sent it on to someone else. Somewhere between when it was sent and read, something else happened, which of course, no one expected. Then, for some odd reason, everyone knew about something, but of course they thought they knew everything.

Somehow, as much as things change, everything stays the same.

I am not all sure what this all means, but it does sound as if something probably happened to someone at sometime.