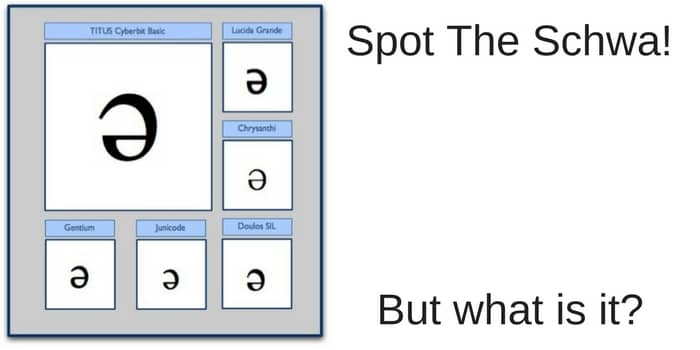 The most common sound when we make in English is called the Schwa.

It represents up to 15% of our utterances. However, so few people have heard of it. It’s the sound we make when we say ‘cup of tea’, and really say ‘cuppa tea’. It’s this little ‘uh’ sound we use in this example that is the schwa and in phonetics, an upside down ‘e’ is used to represent the schwa. Now have fun finding this common but very small sound.


Try to identify all the schwas in the following text. There are at least 40.

The first time I and my brother were allowed to go shopping alone was a complete disaster. I think I was about ten and he was seven. We usually got on very well together, but he was in a bad mood that day and I suppose I was a bit nervous about having the responsibility of looking after him in town. Anyway, he disappeared almost as soon as we got off the bus and I spent about three-quarters of an hour looking for him. When I eventually found him, I was so relieved that I didn’t remember to get angry. 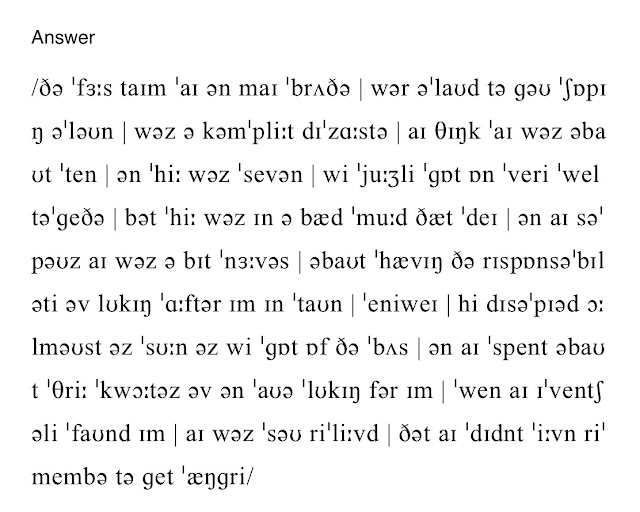 One thought on “Spot The Schwa!”