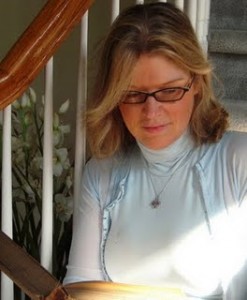 Like a rocket landing in the eye of a full moon, steampunk as a genre has become a recent force in the publishing world. Books such as The Windup Girl, Behemoth, and Corsets & Clockwork are available on Kindle and Nook. There is a large following, as well – Steampunk conventions are popping up in New York, Washington, and even New Jersey, of all places.

It’s not a new genre. Jules Verne and H. G. Wells were describing futuristic machines run by cogs and gears and steam over a century ago. But with cyberpunk losing steam, as it were, prominent authors like William Gibson revived steampunk in the late 80’s.

Recently, however, it really has taken off. Perhaps that is because readers are constantly looking for something new, and yet they are also searching for familiarity as well. Pride and Prejudice and Zombies, after all, went over well, and the amalgam of garters and automatons seems to work nicely.

If you do a search in Amazon under the key word steampunk, you’ll see the books’ covers have similarities. There is lace, there are clockworks, there are things that wind up. Inside the books, dreadful and fantastical things happen to characters speaking in an outdated mode.

I feel that steampunk authors need to take care. It is not enough to dress up a tale with a few corsets and throw in a bag of cogwheels to make a story true steampunk. The plot itself needs to rotate, like a bathysphere, around the machines and the manners of the age.