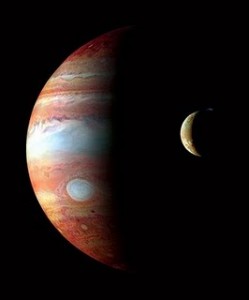 An astonishing discovery was made by a Vandal reader. The planet Gloth has been censored by Google! Yes, I know that is hard to believe that such a remarkable feat of astronomical detective work by Derek Haines should be covered up. Either by glaring omission, or more likely by a government conspiracy, but it is sadly the current state of affairs.

When asked for his reaction to this obviously hideous abuse of internet censorship, Derek Haines was quoted as saying, ‘Typical. Just typical’. Although clearly angered by the situation, he seemed to want to avoid controversy and has not lodged a formal complaint. He has however sent a letter to the Supreme Potentate of the Twelve Sun Systems of Gloth informing him of the attempted cover-up.

For those who may not be aware, (due to Google’s omission of course) here is the entry that should rightfully be indexed by Google and referenced by Wikipedia.

‘The planet Gloth is located in a very small area in the very far bottom left hand corner of a long outer spiral arm of a galaxy called the Milky Way. Being the sixth planet from the sun (hiding just behind a rather large planet known by some as Jupiter) in a system of twelve planets called Sun System One, it is conveniently located and benefits economically from being the central hub that lured the headquarters of literally thousands of industrial monopolies and is a tax haven for hundreds and hundreds of banks and lenders of last resort. The discovery of this planet was made by an Erdean, Derek Haines, in the year 2010.’

The truth is out. Well, at least for Vandal readers. I hope that by bringing this glaring omission to your attention, you may assist in informing your circle of acquaintances of the facts regarding the planet Gloth.

4 thoughts on “Gloth Is Googleless”