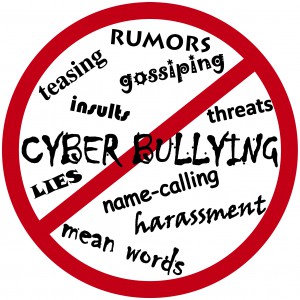 While it has been a long-held wisdom that commenting on relevant book related sites and blogs can be useful in building an online presence and promoting your author brand, I have to warn you of a trap I fell headlong into last week.

When I came across a short story post, written by an author I know quite well, I was annoyed to find that one of the comments following the post insinuated plagiarism. I was stunned at the line of attack, as plagiarism is the worst accusation one can make against a writer.

The first thing I did though, was check with a couple of online plagiarism checkers, which verified that the story was original, and simply posted a short comment saying that plagiarism was a serious accusation to make, and added my plagiarism checker results.

From then on it all got extremely ugly, very quickly. Not only was the attack continued on the author, but on my own credibility as well, and on the tools I had used to support my comment.

I then discovered that when I clicked on the names of those posting all the negative comments, they were not linked as the other more reasonable commenters were, to a site profile, website or blog. I became suspicious, and posted as much. Of course, this only increased the tirade of abuse, which in hindsight was my own silly mistake.

So after my two quick comments, and streams of abuse in return, I really got serious about finding out what had happened here.

It didn’t take me long to discover that the main negative and attacking comments, and accusations of plagiarism, were coming from a paying member of this particular site. Of course, the name was not linked to a profile, as it would have been too obvious to discover that this commenter had paid for membership and book promotion on the site, and with the payment made, the benefit of being able to dish out abuse at will it seems.

While STGRB has done a fantastic job in exposing and reducing the number of bully attacks on authors on Goodreads, it would appear there are many other avenues open to those who find pleasure in attacking for gratification. Even if it involves paying for the ability.

My advice? Do not post comments in haste on sites you do not know. Check them out a little first, and especially whether comments are fairly monitored, and particularly, if the site charges a membership fee that may well put you at a distinct disadvantage if you comment, and open yourself to attack by paying members, who of course will be favoured because they have paid good money for the privilege.

In all honesty, there are only a very few real creeps and bullies out there. Most sites and forums I have used over the years have been well run, and well monitored. Paying or not.

I have to say that people are people, and many of the negative comments that are posted are in haste by those who are simply having a bad day, perhaps had an argument with their spouse or are just plain tired and don’t think before posting.

However, there are some habitual creeps out there, as there are anywhere. Some are motivated by failure, jealousy or envy, some seek notoriety, while others perhaps suffer from an illness.

For whatever reason, my advice is simple when it comes to abusive or insulting comments or reviews. Never respond. If you can delete them, block them or report them, do so. If not, ignore them completely.

As I said earlier, it was my mistake to post a second comment on this particular thread. I should have just ignored it, as all I achieved was to give the attention these commenters were seeking. In the end, that is what trolls, serial one-star reviewers, insulters and abusers really want. Your attention.

So ignore them, and don’t give them an ounce of the puerile satisfaction and gratification they are seeking.

Footnote: I did take the time to send a polite email to the site, expressing my concern that the comments that had been made over-stepped the bounds of acceptability, but that I would leave any action to their discretion. I have to date, received no reply.

Paying To Bully And Insult Writers

5 thoughts on “Paying To Bully And Insult Writers”