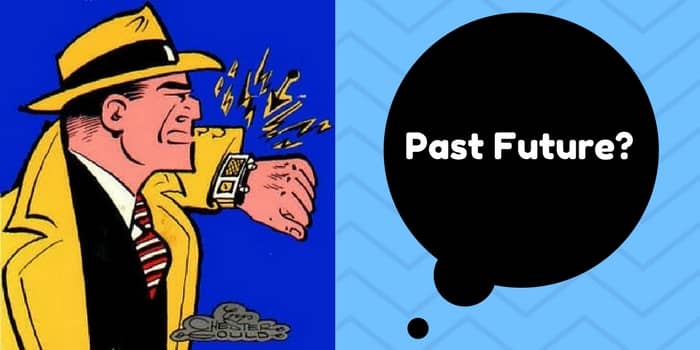 So what’s really so new?

As a kid, I was in awe of Dick Tracy’s watch phone. It was something so futuristic and wondrous, so, well, high-tech – even though the word didn’t exist back then. It was probably before the only high I can remember, which was high fidelity stereo. I loved reading comics and science fiction, and believing that by the time I turned thirty I would have a wrist phone, a portable record player and my own space ship.

Travelling to the moon would be like catching a bus for a long weekend and cars wouldn’t use roads, they would fly through the air on invisible skyways. One dread though was that by the time I turned thirty we would probably be invaded by aliens, but it would be all right because we would all have gamma ray guns to protect ourselves.

This period of imagining was at a time when my parents didn’t have a dishwasher, washing machine or refrigerator and television was still in the realms of science fiction. Well, at least in the little bush town I lived in as a kid anyway. The thought of colour television hadn’t even made it onto my futuristic radar.

So here I am today with my iPhone in my pocket – video calling around the world on Facetime. I’ve got my iPad, wi-fi, multi-zoned wireless hi-fi, wireless printer, dishwasher, washing machine and refrigerator. Oh and yes, a flat screen digitised super deep pixilated colour television.

All I seem to be missing is my own personal space ship and my gamma ray gun.

7 thoughts on “Past Future”