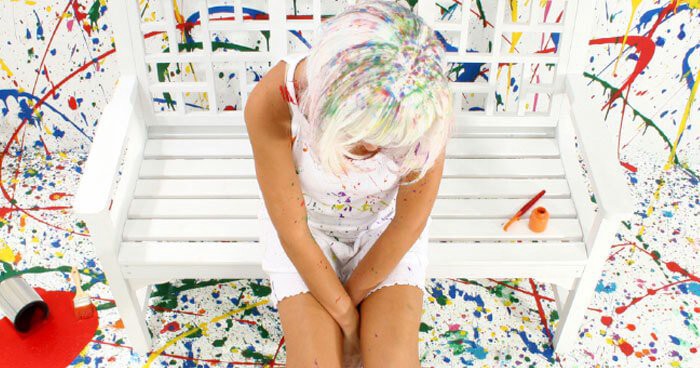 Creativity has often been linked to depression or mood disorders. When I wrote a short post some time ago about Depression and Writing, I didn’t give much thought to the connection, as I was simply voicing in a light-hearted way, an episode from my own experience.

However, due to the number of times that short piece has been read, I decided to look a little deeper into the connection between depression and creativity.

My first stop was an article from CNN – The dark side of creativity: Depression + anxiety x madness = genius? One small quote from the article caught my attention.

Using a registry of psychiatric patients, they tracked nearly 1.2 million Swedes and their relatives. The patients demonstrated conditions ranging from schizophrenia and depression to ADHD and anxiety syndromes. They found that people working in creative fields, including dancers, photographers and authors, were 8% more likely to live with bipolar disorder. Writers were a staggering 121% more likely to suffer from the condition, and nearly 50% more likely to commit suicide than the general population. 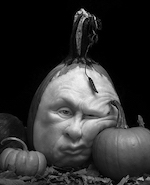 Boy, that makes it sound as if writing is one creative pursuit to avoid at all costs!

From a more reasoned perspective, I read an article by Rob Blair on the Creative Writing Guild, Why do creative people suffer from depression? He turns the connection between depression and creativity.

Maybe we become creative because we’re deeply unhappy and we need to see a better world than the one we’re forced to live in. Maybe our narratives break down and we have to become creative enough to forge new ones. Maybe we can’t stand the possibility of following the prescribed path that we’d be shuffled down if we focused in like we were told to.

From my perspective, I am not sure that there is a definitive connection between depression and creativity. Yes, there have been many well-known artists and creatives throughout history, who have been at one time or another afflicted with depression or mild mental disorders. However, there have been many, including one of my favourite poets, Henry Lawson, who were more likely to have simply been alcoholics or drug addicts.

During the 60’s, illicit drugs were almost a creative necessity to so many of our rock ‘n roll hall of fame musicians and singers of the era. A lot of them perished to drug overdoses as a result of course, but only to become icons as a result. Jimi Hendrix, Janis Joplin, Jim Morrison and Keith Moon spring to mind. But then again, Keith Richards defied the order of becoming a rock icon, by surviving. However, none of all this LSD 60’s inspired creativity had anything to do with depression.

From another perspective, there is the possibility that during periods or illness, of any kind, finding ways to aid recovery can often lead to creative pursuits. If you are stuck at home with two broken legs and one broken arm, perhaps writing with your one good hand would be a helpful way to deal with the time on your hands – or hand, in this case.

Jennifer Haupt wrote an article some time ago about Channeling Depression Into a Powerful Tool for Creativity. Although the article deals with depression, I found this quote, which could be applied to any type of illness or injury that interrupted normal life patterns.

“Creative endeavors are intrinsically rewarding, and you get these little shots of dopamine in the rewards center of the brain,” says Shelley Carson, a professor at Harvard University and the author of Your Creative Brain: Seven Steps to Maximize Imagination, Productivity, and Innovation in Your Life. Dopamine is a mood-elevating neurotransmitter that is released with pleasurable experiences such as food, sex, and drugs—and creativity.

So is there a connection between depression and creativity?

To be honest, I don’t know. For those who have suffered from depression, they will know that it is not simply an illness that affects your mood, as most people are led to believe. The majority of symptoms of clinical depression are totally physical, which include exhaustion and fatigue, pain in the joints, back pain, headaches, digestive problems, insomnia and dizziness among others. When one suffers from all of these symptoms at the same time, is it any wonder one can feel a bit down in the dumps.

However, when one is suffering from so many symptoms and often struggling to obtain a clear diagnosis, having something to occupy your mind, and time, helps. In particular, if the symptoms are so severe that it means not being able to work.

I think I tend to lean towards the explanation given by Shelley Carson. Doing anything creative when you are not feeling well is a positive step in recovering from almost any illness or injury. So no, I don’t think depression and creativity should be such overused collocated words.

But perhaps, though, creativity and recovery should be.

Having recovered some time ago from a tough time in my life, I am now very well, very busy, and back to working full time. This, of course, limits my time to be creative. So hence I am writing this blog post, rather than a new novel. But yes, being creative through writing helped enormously during my recovery. It gave me a purpose. It could well have been painting or basket weaving, though. It was not the choice of creative pursuit that was important. It was the fact that creativity helped fill the void of not being productive while being unable to function or work normally.

So yes, there may well be a link between depression and creativity, but only in the sense that creativity can be a means to recovery – from any illness.

Is There A Link Between Depression And Creativity?

9 thoughts on “Is There A Link Between Depression And Creativity?”