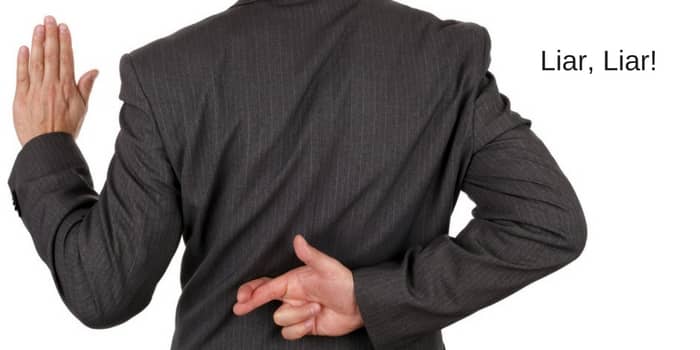 All politicians lie because they have to.

We all know politicians lie, but why do we get sucked into believing them? Because the political narrative (lie) is controlled to such an extraordinary extent by the media, which has become an arm of governments around the world. Thus, repeat a lie often enough and it becomes the truth.

The real problem though is, who is really controlling who?

Are governments controlling the media, or is the media controlling governments? Perhaps asking this question of Rupert Murdoch might be informative, should he be honest enough to answer.

The problem that politicians lie, and by extension this must also mean that the media lies as well, is not a Western hemisphere phenomenon. From Russia to Singapore, Korea to Katmandu and Sydney to Samoa, the same methods are uses on us, the gullible populations.

I read this piece this morning by Peter Van Buren, who outlines the well-known lies we have been told over decades, and it reminded me of the vexing question I have always pondered. Who controls those, who we believe control us?

In my series of Glothic Tales books, I played with this idea in a comical sense by using an old Pope, the Camera Stellata or Star Chamber and the mythical planet Gloth, which unbeknown to all of us here on Earth, are the masters controlling our perceived masters, and of course, who are in charge of making our politicians lie.

While I know some readers enjoyed the humour in these stories, my motivation to write them came from a belief that our politicians are all controlled by those we do not know. Perhaps, enter Fox Muldar and the Smoking Man here.

Another two books I wrote were the result of my fascination with Greek mythology, and how it was used to enforce control over populations, and political leaders. The Sons of Cleito and The Few, which were later combined into one book, Eyes That Could Kill, imagines that there are today two distinct controlling groups, The Sons and The Few, who of course descend from Greek mythology.

Although historically opposed to each other, The Sons and The Few use their control of governments around the world to empower and enrich themselves, yet work together when their duopoly is threatened. Sound familiar?

Politicians lie because they are ordered to lie by those who control them. It is what they have to do, whether elected or not. It matters not if it is in a dictatorship (monopoly) or democracy (duopoly), as while a dictator is chosen, democracy only gives us a pretence of a choice between two pre-chosen dictators.

But the world will continue on, with few questioning the status quo. Politicians lie, and we believe them, and those who dare question the lies, suffer, as Assange, Snowden and many more have suffered for their crime, of truth telling.

Politicians Lie, And We Always Believe Them

One thought on “Politicians Lie, And We Always Believe Them”