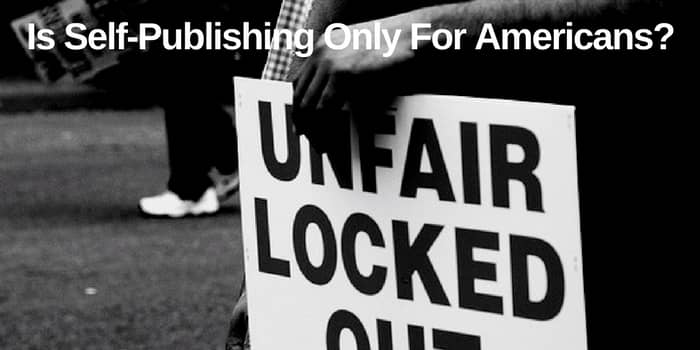 Self-published authors, who like me, have the misfortune to reside outside the US know all too well of the handicaps and barriers that they have to accept, or break down along the route to getting their books self-published and promoted.

There are issues such as extremely high shipping costs, and excessively long delivery times for POD books and higher minimum royalty payments that are only payable by check to non-US accounts, and not electronically as they are for US accounts.

Even when they overcome issues such as these, further hurdles and worse, firmly closed doors await them along the way in trying to broaden their markets and promote their books. Yes, self-publishing an ebook on Kindle KDP might be easy and available to almost everyone, but after that things can get a little more difficult. Only for Americans is it a walk in the park.

I recall how shocked I was when I discovered that Barnes & Noble’s Nook Press was only for Americans, which has since been relaxed just a little now to include a very small handful of other countries. What? As a major competitor to Amazon Kindle, it was a nasty surprise to find out that I was geographically excluded. Okay, the workaround was to publish with Smashwords, who then aggregate to B&N, but it was clear that B&N did not think that authors in the rest of the world were really worth bothering with. B&N is clearly only for Americans, and stuff the rest.

Then there is Createspace, an Amazon company, but it never feels like it to me. In my case, , (on three different currency based markets, £, $ and Euro) and have a ten times higher minimum royalty payment threshold than if lived in the US, (on all three markets) and the postage and shipping charges on my POD orders are so staggeringly high that is cheaper to order my own books retail from Amazon US.

Note: Createspace, at long last, after only 12 years of waiting, now pays me by EFT.

The example below shows my cost price of $3.89 from Createspace, but when the book is shipped the total cost is $18.27 per copy if I want it delivered in a week. If I am prepared to wait 2 months (yes, 2 months!) for delivery, the per delivered book price is still close to $9.00. My book is listed on Amazon for $13.95, and normally with free delivery! Can you believe that it is cheaper and quicker for me to buy my own books retail from Amazon than from my own POD supplier, who happens to be Amazon?

Yet if you use Createspace in the US, shipping costs are negligible, so this is not an issue at all. But cheap, it seems, is only for Americans.

However, and get this, my POD books are NOT produced in the US, but in Europe. So in fact, they are produced closer to me than they would be if they were produced in Seattle and posted to Denver! Unfair? Most certainly. Okay, my example is for one copy, but believe me, it doesn’t get much better for volume orders. Shipping 100 copies only reduces the per unit shipping cost by about 45%, which is still way in excess of the wholesale book price. 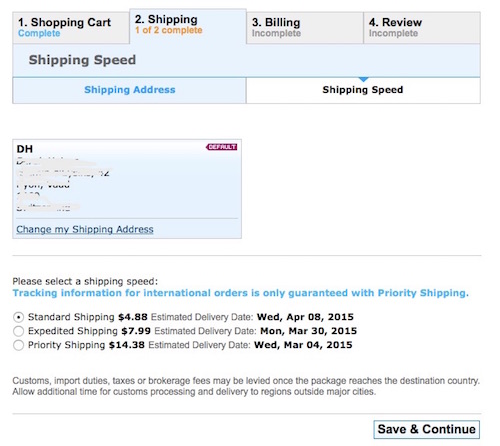 Onto less illogical matters. A couple of years ago I tried to use Kindle Publishing for Blogs as a means of book promotion, only to find out after completing my registration, that the service was available only for Americans. Okay, so US authors could promote themselves through publishing their blogs on Kindle, but again, bad luck if you weren’t American.

In the long years since I self-published my first book, I have hit so many doors that are closed to non-US authors and self-publishers. Book promotion sites, self-publishing platforms plus a few US based book bloggers and book tour services, who without shame, forthrightly said that they are not interested in anything but US titles and authors, all add up to making it very difficult to compete. The rest of the world counts for so little? Were William Shakespeare, George Orwell, Jane Austen and Douglas Adams all American?

Then there is the IRS.

All this is, of course, is on top of the hoops that non-US authors have to go through to get an IRS TIN or EIN number to avoid getting hit by 30% of their earnings being lost to US withholding tax. Yet even when a non-US author gets an EIN or TIN and is officially recognised by the US IRS, it does not necessarily mean that life gets easier. Ok, the IRS recognises that you can now legally do business in the USA, but that doesn’t mean that Amazon does. As I discovered to my chagrin yet again very recently.

Yet even when a non-US author gets an EIN or TIN and is officially recognised by the US IRS, it does not necessarily mean that life gets easier. Okay, the IRS recognises that you can now legally do business in the USA, but that doesn’t mean that Amazon does. As I discovered to my chagrin yet again very recently.

Kindle’s latest innovation, Kindle Scout, (1) looked like a great opportunity to me, so I went to Amazon’s Kindle Scout web page, which asked me to log in with my Amazon KDP account. Great, I’m in. Then I read all about how I could submit a book under the program.

But, after navigating through pages of links to be able to read the fine print in the FAQs, I discovered that once again I might have a problem, with this small entry in the Kindle Scout FAQs.

Who can submit to Kindle Scout?
Any author who is 18 (or the age of majority in the place they reside) or older with a valid U.S. bank account and a U.S. Social Security number or Tax Identification number can submit. (link)

I am an adult and I have a US tax identification number, but I do not have a US bank account. A small matter I thought, but worth checking. So I sent an email to Amazon asking for clarification.

At this time, only adults with a valid U.S. bank account and a U.S. social security number or tax identification number is eligible.

BANG! Another US-only door slammed firmly shut for non-US self-publishers. And they couldn’t even get their grammar right in their email! Sure, there is no mention that non-US authors can’t use Kindle Scout, but as one needs to be a US citizen or resident to be able to open a US bank account, it’s just another way of slamming the door on non-American authors without bluntly saying so.

There are no borders for Amazon, so why are there barriers for authors?

One might think that the obstacles that non-US self-published authors face can be explained away as a rights issue. But self-published authors have, and grant publishers such as Amazon global rights to their books, so there are no geographic boundaries whatsoever at play here. Amazon sells books and ebooks in a globalised market. By way of proof, another Kindle initiative, Kindle Singles, has no restriction at all on non-US authors. So why is there on Kindle Scout?

Yet another Amazon Kindle product, Kindle Unlimited is geo-protected as Amazon states:

Note: Kindle Unlimited is now available in more countries, but unfortunately, not mine.

Bad luck if you live in Belgium, The Netherlands, South Africa or Australia, which by the way, does have its own Kindle Store. While this is a subscription service to rent ebooks, it is a penalty for non-US self-published authors, who are not given access to cheaper reading.

Globalised opportunities for Amazon, but not for authors.

Globalisation is not what it seems when it comes to Amazon. Ask all the Amazon workers in fulfilment centres in Ireland, who while they work for the giant there, don’t even have a Kindle Store in their country, which has a rich literary history and culture. And no, Ireland is not part of the UK, so Amazon UK doesn’t count.

Yes, it is okay when you are a US multinational corporation to pay the bare minimum of income tax in any country of your choosing, such as Ireland, and then legally but not morally, avoid your US tax obligations. Yet in return, offer nothing in the way of services to the countries that offer such havens. There are no national borders for Amazon, so why do Amazon and other US companies use borders as an excuse to penalise thousands of authors and readers?

It seems that self-publishing is designed in most part for Americans and the American market, but on the other hand, international tax avoidance and cheap labour is a border-free opportunity for all US corporations such as Amazon.

If Amazon can operate freely in a borderless world, why can’t it at least offer the same for their self-published authors on KDP and allow non-US authors the same opportunities as their American counterparts? Surely it’s not that difficult.

As currently, it feels like bias and an unfair lockout.

Anyone who has read my blogs over the years will know that I am an avid supporter of self-publishing and that I have found ways to overcome many of the obstacles faced by being a non-US self-publisher. But if I was to offer advice to a new non-American author considering taking the same path it would be to get an IRS number, publish only in ebook form on KDP Select and forget about the rest. It’s not perfect, but it’s easier than fighting un-winnable battles. Self-publishing is run by big US companies and they have every right to make the rules, no matter how unfair they may seem.

But if I was to offer advice to a new non-American author considering taking the same path it would be to get an IRS number, publish only in ebook form on KDP Select and forget about the rest. It’s not perfect, but it’s easier than fighting unwinnable battles. Self-publishing is run by big US companies and they have every right to make the rules, no matter how unfair they may seem.

*Update (1): Kindle Scout is now available in a handful of countries.

This to some this might sound like a very long moan. But to be fair, is all of what I have listed, fair?

Is Self-Publishing Only For Americans?

14 thoughts on “Is Self-Publishing Only For Americans?”