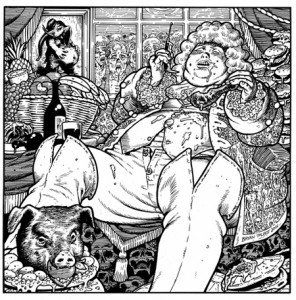 In recent days I have been following the developments of the Occupy Wall Street movement and its opposition to corporate greed. Originating from a movement begun in Spain, this notion that our societies are being fractured by the overwhelming belief by Western governments and corporations that capitalism and profit are the only way to sustain our way of life, is losing its appeal with the populations now suffering unemployment and rapid social decay.

As a self confessed ‘leftie’ I have to say that I certainly have empathy with these movements. However, in itself Occupy Wall Street is not groundbreaking, but when you add this nascent movement to recent events, it is clear that a groundswell is rapidly developing. The Arab Spring Uprising, the total collapse of the Greek economy, the weakness of the US Dollar and Euro and the general malaise that has affected the economies of much of the world, one has to start thinking that the wheels are beginning to fall off the economic miracle of free markets and capitalism.

The single common element in all of these recent events has been that they all came about as a result of blind greed. Whether by the greed of a dictator, of a government, of banks, of oil companies or by a population itself, the reality is that greed never succeeds. There is always a judgement day that arrives as a result.

It has been too easy for those of us who live in Western capitalist democracies to sit back while watching these events on our 50 inch plasma screens and think that all this happens ‘somewhere else’. But now the bitter reality that this wave of dissent is making its way into our own homes will prove to be a dark surprise. The invisible wall of protection that has surrounded the US and protected it economically and social for so long is cracking. The dream of a unified Europe is falling apart at the seams with the result that once economically stable and prosperous countries are now for all intent and purposes, bankrupt.

No matter how civilised, how socially just or how modern a society is, once you deprive the population of work, an income, the ability to feed and educate their children and take away the roofs from over their heads, a society is doomed to failure and anger will manifest into mass civil action.

This unfortunately, is the reality today in Spain, Greece, Portugal and now I sense coming to the US as well. The greed that has lined the pockets of so few for so long, has been achieved by robbing their populations. And now they are taking the one last possession the people have. Hope.

Is the end nigh?

Greed – Nothing Is Forever

10 thoughts on “Greed – Nothing Is Forever”