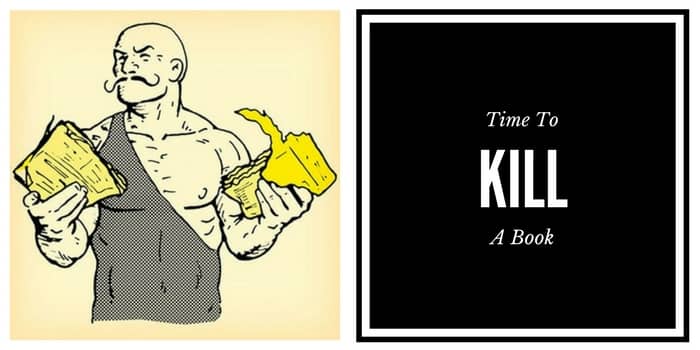 It’s not easy to come to the conclusion that a book you have painstakingly written is a failure, but sometimes you have to take it on the chin, let it go and decide to kill a book.

I made this decision after watching one particular book of mine fail at every turn. No amount of free ebook giveaways or promotion helped the poor darling, so I made the decision to unpublish it, and file it away under experience.

By some weird coincidence, though, when I finally got up the courage to hit the kill buttons, both Amazon’s KDP and Createspace sites were down! They are never down, are they? I wondered if this was some kind of weird omen. Perhaps I was being foolhardy.

However, I let all these spooky omens and portents go and took the rational view that Internet sites, even Amazon’s, do fail from time to time, as do books.

The biggest disappointment with this book was that it was apparently so bad that it didn’t even get any bad reviews. Being criticised is one thing, but being ignored is worse.

My fault here was in trying to write in a genre that was not natural to me, and worse, having a female protagonist, who in the end was extremely shallow. The story revolved around her strained relationship with her father, but I think I missed the strained part and completely failed to construct any form of conflict.

As all writers know, conflict is vital to any story, so I failed, miserably.

Of course, I should have known this after I had written the book, but there are times as a writer when the obvious is very difficult to see in sixty or seventy thousand words of blood, sweat and tears.

In fact, I think I have often gotten it all wrong after writing a new book, as those which I thought would struggle have sold quite well, while others I was sure would do well, didn’t. It only proves how poor a judge writers are of their own writing.

What is to become of my failed book?

I could tear it apart, do a complete re-write and fix my basic mistakes, but I have the feeling this would be a waste of time, as there really are times to admit that it is impossible to make a silk purse out of a sow’s ear.

So this poor book is to be filed, but not forgotten. Well, forgotten by the world for sure, but not by me. I will keep the manuscript as a reminder of what not to do, each and every time I write a new story. At least, it will retain some value in that respect.

Time To Kill A Book

7 thoughts on “Time To Kill A Book”