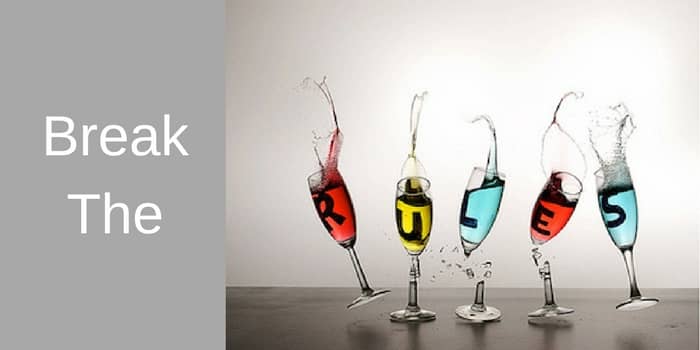 There are no self-publishing rules

The rule book governing the publishing of books has been thrown out of the window, been burnt on a sacrificial fire and converted into a Kindle ebook that no one will ever bother to read. Self-publishing is a new form of anarchy, which will change the face of publishing, reading and consumption of text for some considerable years to come. It will, and I could probably say, already has changed the way books are written, bought, read, marketed and sold.

Why does a novel need to be 110,000 words? Who made that rule? Well, it was fine when books needed to look nice and uniform on a bookstore shelf, but who cares on the Kindle Store. Why do short stories need to be published in a collection? Why can’t they be sold one at a time? Does it really matter now if a writer uses single or double quotation marks?

Forget all the rules and long-held assumptions. Publishing via large publishing houses, or via Joe or Julie the self-publishers, bashing out their books at the kitchen table is about content. And lots of it, to fill a zillion electronic devices.

This quote from Victoria Barnsley says it all.

“We can’t think of ourselves as book publishers any longer. We have to see ourselves as, you know,” Barnsley hesitates to use the cliché, “multimedia content producers.”  Victoria Barnsley, UK and international chief executive of the book publishing arm of Rupert Murdoch’s media empire, HarperCollins. (Source)

As for how books are marketed and promoted, the gloves are off. Social media, blogging, blog tours, Internet radio, paid reviews, swapping reviews, spamming and begging are now the currency of marketing books. Yes, a nice review in a newspaper will help, but who reads a newspaper anymore?

The king of book marketing now is, of course, Amazon, but with its clever algorithms that need a degree in rocket science to comprehend, bestseller lists that are driven by paid reviews and a new penchant for making free ebooks the currency of choice, who the hell knows how to sell books anymore.

The only answer is to break the rules. Well, as there are no rules anymore, I suppose I should just say that it’s time to make your own rules and see what works for you. So if you’re self-publishing, forget all the sage advice and formulaic ways things were done in the past. Find what works for you. That’s the new rule.

Self Publishing – It’s About Breaking The Rules

7 thoughts on “Self Publishing – It’s About Breaking The Rules”