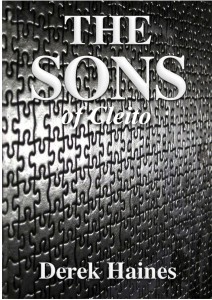 And now for something completely different as the saying goes. After writing the first half of the first chapter of this book well over one year ago, and then not knowing where to go from there, it took a very long time to finally get around to writing this story, and finding the remaining thirteen and a half chapters.

In the end, it may be classified as a thriller, a mystery, a fantasy or even an out of love story. Whichever classification it falls into though, it does have a lot of Greek gods, spirits and titans to contend with.

In brief, it’s a story about someone just like all of us. An ordinary person, minding their own business, and then one quiet Sunday morning, for no logical reason whatsoever, someone, somewhere decides you need to be kidnapped. It could happen to any one of us.

Here’s a little taste of what this book is about.

Langley Garret’s Sunday morning starts very badly after waking with a hangover and a depressed feeling of worthlessness, along with a foreboding sensation in his gut. With his wife working away yet again, and the realisation that their marriage is probably very close to an end, and that his life is slowly ebbing away, he ponders his misfortune.

As he decides to start accepting that his life just couldn’t get any worse, over his breakfast of coffee, cold pizza and orange juice, it does, when his miserable, quiet and lonely Sunday morning is interrupted by some very nasty people who have orders to abduct him.

Within hours of being questioned, captured, drugged and restrained, he finds himself dumped onto a small remote island, with no idea at all why he was taken bodily from his apartment on a tranquil Sunday morning, or why he is sitting alone on a rock, with only his suitcase and a pleasant view of sunrise across the water for company.

As with all mysteries, it takes some time for Langley to learn a little about why he was abducted, but before he has time to start digesting that limited knowledge, his second abduction a few days later has him totally confused, and all at sea.

Find out more about Langley Garret’s abduction and mysterious misfortunes, Greek mythology, gods and deities, secrets, and some more very nasty people, in The Sons of Cleito.

This book grabs your attention right from the start, you feel for Haines’ main character Langley Garret from the time he is first kidnapped, until the very end, where Haines inserts a twist I never saw coming. During Garret’s journey, you are left wondering about what will happen next? This is a story of intrigue and clandestine operations by governments and their various not so secret departments. Why they want Langley, or Lang as he is called by some characters so desperately, only becomes clear near the end. Haines’ The Sons of Cleito is an absorbing read.’ Jack Eason

You will find preview reads of The Sons Of Cleito on both Smashwords and Amazon.

Where to Buy
Smashwords
Amazon

Available from most online book retailers in ebook and paperback.

The Sons Of Cleito by Derek Haines