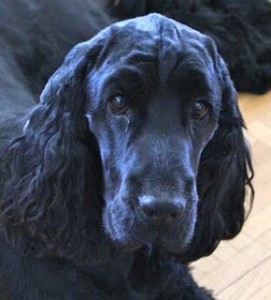 It is now just over a year since I started my ‘live in’ job as the Personal Assistant and Fitness Coach to The Vandal and his alter ego ageing author. To say he was a handful at the beginning would be an understatement. He had no routine, was criminally lazy and lacking in any form of healthy exercise. My first months were spent re-training him and bringing some semblance of order to his days and drilling him into a new work ethic. A seven day working week.

While he resisted at first, I found that excessive barking, random defecatory initiatives and sock stealing brought him around to a new realisation that he had work to do. Since that early period of adjusting him to a more productive daily routine, I’ve been able to reduce most of these drastic measures. My major initiative at present is to ensure he is up and working at a reasonable hour. Around 5.30 am. While he is still resisting, I’m finding that incessant ear licking accompanied by a few good whacks of my paw on his lazily slumbering cheek usually does the trick.

As for his writing, well all I can say is that I did not expect to be his editor-in-chief, ideas consultant and obedient spellchecker. He is always blabbing away and asking my opinion about this idea, that verb, those adjectives and questioning me as to the correctness of his orthography. As it is not in my job description, I just look him firmly in the eye and then ignore him. Unless there’s a chance of a biscuit.

Currently I’m finding my days are getting easier as I have time for a good rest between my shifts. Often however, he gets so focused on one of his silly ideas that although I give him a few gentle hints that it’s time for his midday or late afternoon walk, he loses all track of time. Pounding on the keyboard of his laptop with my paws usually gets him moving, and if that fails, I resort to biting his foot. That never fails and to be honest I get a real kick out of it.

One outstanding success I’m very proud of is that I have made him more environmentally aware. He was wasting enough paper and printer toner to kill an Amazon forest with his pedantic proofing. I put an immediate stop to that by eating anything that ventured out of the big ugly mouth of his printer. He seems quite happy with the change and now is apparently content with a Kindle or screen proof.

Well, it’s time for my nap and he’ll be back soon so I’d better end my report. He’s out buying food and meaty treats for me. So well trained, isn’t he?

2 thoughts on “The Assistant Vandal”