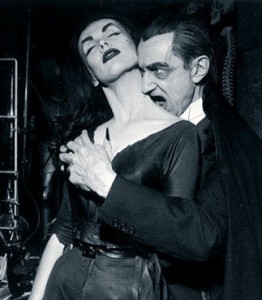 Some time ago, I ventured into writing a silly blog post about the genre of the moment. Damn vampires. Then for some very odd reason, some people found what I had written rather tasty and prompted them to ask for more of Agatha and Reggie. Fools!

Being a very accommodating sort of fellow though, I thought well, why not give it a try? This was some time ago and I can happily report today that, yes I have lengthened the story out to a novella, and secondly that it was really just bloody terrible. I can confirm this because I sent my first draft to a very well read and trusted vampire, Twilight and qualified teenage reader, (who will remain anonymous for now) who said and I quote, ‘Don’t you know anything about vampires and teenagers?’

Then followed a copy of my draft with probably more notes than words in the original manuscript explaining where I went wrong. Apparently I made a grave error in thinking vampires like hanging around old graveyards and being well, a little less glamorous than Naomi Campbell. I suppose this comes from my thinking that vampires are not the nicest of creatures wandering the night. This is clearly my error, as it seems that in today’s literature they are so ‘ice cool’ they belong on the cover of Hello magazine.

This really tells me that my Bela Lugosi idea of a vampire might indeed be out of date. Even if I jump forward to Christopher Lee, I’m probably still behind the times. I did take notice of Catherine Deneuve’s vampire, but even this is 30 years old.

So it seemed that I had to go back to the drawing board on this one. But I didn’t give up. After a lot of hard work I had second draft ready. This time I gave it to my wife to get a reaction. I got it. ‘Hated it!’.

So what to do with this absolutely stupid project? A vampire story in my own, some kindly say unique, style and voice. A culture clash bigger than the Big Bang or as silly as Tom Cruise playing Goliath.

Drop it and move on?

Want more of The Vandal?
Subscribe to The Vandal by Email
Get Derek Haines Ebooks for only 88c!

13 thoughts on “That Damn Vampire Again”