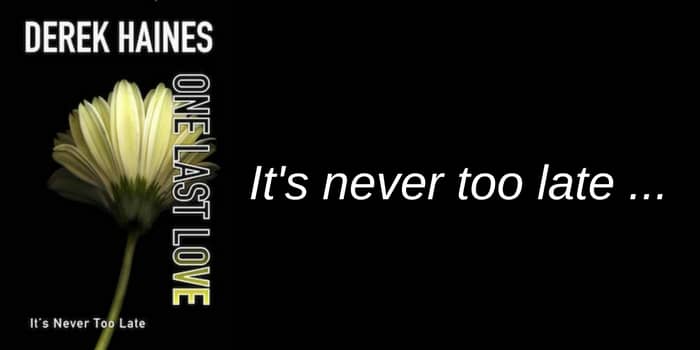 Life has the habit of delivering its perverse twists at the most unexpected times.

For Bonnie his life had been lived, and the bitter sweet memories of his wife, along with the never ending sorrow of losing his son so young remain with him, but were now ebbing slowly with the passing of the years. His days of love, warmth and tenderness well past and all that was left were his last few quiet years to grow old. Alone, yet content.

What he had done, he had done and what had happened, had. All that remained was to live out the rest of his life in a new place, far away from his checkered past. His days passing with the regularity that an old man desires and deserves. Until the dark day arrives that signals an impending end to his new found life, and with it, all sense of hope.

In facing mortality, Bonnie resorts to using his crusty exterior and bravado to hide the frailty and fear he feels within himself, until he is presented with stark realities beyond his understanding and is forced to come face to face with his own prejudices and beliefs. In meeting Danny and Angeline, Bonnie begins to reshape his thoughts about his acceptance of those he had habitually admonished, and of the bigoted life he has lived. While Charlie and his daughter Beatrice realign his set concepts of how he has habitually rushed to judge people too quickly.

However, it is only when Bonnie meets Madeleine that the most unexpected eventuality turns his hard held beliefs, and his very set views about life, people and love, on their head.

Reviews of One Last Love

Derek Haines is a prolific writer whose words capture and hold you.
ONE LAST LOVE is one of Mr. Haines’ best. A love story set in the most unlikely of places–a hospice care center. People go to these places to die but are also given a chance to contemplate their past.
Bonnie was a hard man in his life and a man not many would like. In his last days he meets Madeleine and in his own way brings humor and acceptance to the people who touch his life.
ONE LAST LOVE is a tale a reader might think would be bitter-sweet, but it’s not. I found myself reliving my past and wondering how to change my future to bring more light and humor into this world I live in. ONE LAST LOVE is a beautiful book and I highly recommend it.  – review by Dannie

While I knew the book couldn’t have a happily ever after in the traditional romance genre sense, I had high expectations when I started reading this. Fortunately I was well satisfied. Without giving away any spoilers, I was pleased on how engaging the hero/heroine interacted with each other and their feelings developed realistically. A level of believability stayed constant throughout the story and it never veered off into the absurd that some romance books do. A solid amount of dialogue mixed in with appropriate setting and I enjoyed it from start to finish. Well worth reading. – review by Charles

Meet Bonnie: dying of cancer, he’s spending what he thinks are the last few days of his life under the care of doctors. In a hospice, of all places. But just when he’s supposed to be staring at death in the eye, something else happens, some wonderful thing named Madeleine.

I won’t give away too many details, but let me suffice it to say that Derek Haines has written something unforgettable here, with `One Last Love.’ It’s one of those stories you feel deserves a movie version.

A deeply touching tale about finding love in the most unlikely of places–a place where death prevails more than hope–One Last Love is at once inspiring and uplifting and reassuring. Of course, throughout the story there is despair and hopelessness at every turn–you feel it each time Bonnie makes a little joke to lighten up the situation. But somehow you feel it’s plausible, that even near the end of life a new beginning could unfold. And it is this message that gives power and vitality to this book. There’s also something poignantly courageous about how Bonnie tries to hide his suffering behind his humor: Bonnie’s bravado starkly juxtaposes the situation he’s in, which all the more increases the emotional impact of the tragedy. Here’s a man who knows he’s dying, yet he tries so hard to protect those around him with what little humor he could scrape from the bottom of his soul.

Derek Haines writes like a surgeon with a scalpel: he knows, with uncanny precision, which parts of human nature he must touch with his blade, or pen, that is. And I’m hoping Haines writes more, and soon–One Last Love shouldn’t be his One Last Novel, but rather, just one in a string of what I believe are future bestsellers.

Two thumbs up for this wonderful story. – review by Meghan

Wow, some people have the ability to make you feel the story thought their words and Mr. Haines is one of them. He has an amazing way with words and he drew me into the story and the lives of his characters right away. This is not a typical love story, but one that is drawn from life. The main character is not the lovable perfect hero found in so many love stories. He is a man with imperfections who hasn’t always made the right decisions. At the end of his life, he finds someone who touches his heart and connects with people he never would have connected with before. This is a great read for anyone. Life is so short and this book tells a powerful story of love, forgiveness and acceptance. – review by Paulat

One Last Love : A powerful story of love, forgiveness and acceptance …