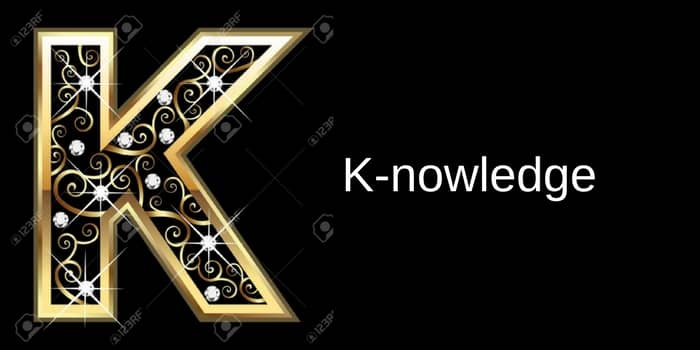 Did you K-now that the silent K in words like K-nee and K-nickK-nack was actually pronounced in Old English. For some reason however, people could not get the K-nack of pronouncing the K as well as the N. So the K sound got K-nocked off.

People got all K-notted up and tongue tied when they tried to say what they K-new about K-nives and K-nitting. The K-now-it-alls of the time tried to keep the K, but even the K-nights were dropping their K’s so it was the death K-nell of the pronounced K.

Many of the K-naves had dropped it well before, as they K-nuckled down to K-neeling for the kings and queens as they just got their tongues in K-nots.

Even scholars who were thirsty for K-nowledge starting dropping their Ks as did the bakers when they K-neaded their bread. All the Ks were taken off door K-nobs at around the same time. However, nobody really K-nows why. Maybe they were tired of K-nocking on the door with their K-nuckles. Who K-nows?

Over time every little K-noll had its K removed. Even today, we have turned up our noses at K-napsacks because we couldn’t get the K-nack of using the word.

So now we K-now that the redundant K disappeared with the K-nights in shining armour. Never to be heard of again.

This website uses cookies to improve your experience while you navigate through the website. Out of these, the cookies that are categorized as necessary are stored on your browser as they are essential for the working of basic functionalities of the website. We also use third-party cookies that help us analyze and understand how you use this website. These cookies will be stored in your browser only with your consent. You also have the option to opt-out of these cookies. But opting out of some of these cookies may affect your browsing experience.
Necessary Always Enabled

Any cookies that may not be particularly necessary for the website to function and is used specifically to collect user personal data via analytics, ads, other embedded contents are termed as non-necessary cookies. It is mandatory to procure user consent prior to running these cookies on your website.