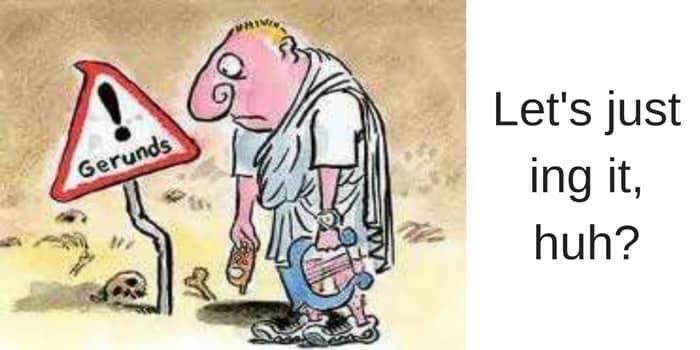 One of the most common word forms in English is ‘ing’. Sometimes referred to as the gerund, present participle or progressive form. It has such a multitude of uses that a single label just cannot be affixed to these amazing three letters. So broad is their use that Michael Swan prefers the simple label of the ‘ing form’ in his wonderful book Practical English Usage.

“I am wondering if that book is really that interesting. Having read the reviews, I may not be interested at all. But reading has always been my passion, so I will probably end up buying it anyway. Interestingly though, my friend is reading it and enjoying the story he told me. Amazing as it may seem, he lovingly cares for his books. Wrapping them in plastic and storing them under his bed. Boring huh?”

In this short example, there are thirteen ‘ing’ words. Some are present participle and some are adjectives and adverbs. While some seem very difficult to grammatically label. Unless you define them as the gerund.

The gerund form comes form Latin, and in simple terms is a verbal noun. Or if you like, a verb that takes ‘ing’ and then inherits the properties of a noun.

Now it is easy to see that swimming is a noun, in the same way as chocolate would be in this short sentence. In the first example, the words reading, buying, wrapping and boring are all examples of a verbal noun.

One thought on “Inglish”