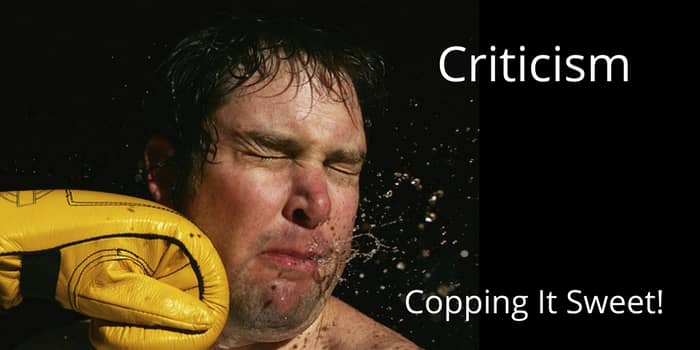 Not everyone is going to like what you write

The one undeniable fact about writing and publishing books and expressing your opinion via a blog is that you are not going to be liked, appreciated, loved or in some cases, even tolerated by some readers.

While some disagree politely, others can be downright rude, and then there are even a few who think that throwing a few choice insults is fair enough.

Whether it be by way of a blog comment, a blog post, a social media post or a book review, when you express an opinion, you just have to accept that you are not going to be liked by all and that in some cases, you can even offend a few people without intending to do so.

I only mention this because I stumbled across a post on another blog today by sheer accident, which linked back to one of my earlier blog posts. The blog post was well written, and while agreeing with some of my points, it disagreed with others. In all, an honest opinion and I appreciated the link and quotes.

What I didn’t really appreciate was a lengthy anonymous comment on this post that was particularly nasty. It didn’t comment on the actual post but launched into a personal attack on me.  While I just ‘copped it sweet’, I did find it a little distasteful that this commenter had obviously read my original post, but was a little shy in posting the attack on my own blog.

So what do you do when the brickbats start arriving?

The simple answer is nothing.

Just as I have the right to express my opinion in whatever forum I feel inclined, so does everyone else. Including the not so nice commenter I mentioned. As I have said before in some of my posts about communication on the Internet, never ‘flare‘. By that I mean, never enter into an argument, of try to justify yourself with emotive reactions. Just accept that it will and does happen and ‘cop it sweet’ in silence.

EXCEPT, when I did a little research into this particular commenter, who hid behind a screen name, I discovered something. This person is an Amazon reviewer, who reviews a number of things including books, solar LED lanterns, head massagers, lemon press sets, IQ treat balls and even VCT – 220V/240V AC 16A Universal Surge Protector / Power Strip with 6 Universal Outlets. 50Hz/60Hz – 450 Joules. Max. 4000 Watt Capacity – Heavy Duty European Cords!

Now I will let you be the judge as to whether this Amazon reviewer is paid for reviewing power cords or not, but enough to say that well, if you may excuse me, for smelling a rat.

I’m sorry, but this little episode has not only increased my belief that Amazon reviews are now so tainted that it’s hardly worth reading them, but worse, that these Amazon reviewers are now being used to conduct personal attacks outside of the Amazon arena. I’ll let you draw your own conclusion as to whether they are paid to peddle their malicious wares.

As usual, I will cop this in silence, but be aware, there are those who seem to want to play very unfairly.

11 thoughts on “Criticism – Copping It Sweet!”