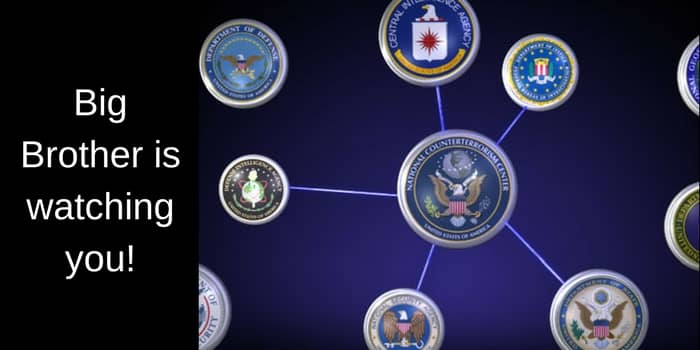 Big Brother is watching you!

It’s very easy to forget as we lie back on our sofas with our laptops, iPads and smart phones, Tweeting and Facebooking away that we are being continuously monitored.

Unaware of the possible consequences of out little text exchanges. As happened recently to a young Saudi newspaper columnist, whose Tweet has him into seriously, hot water. The newspaper report indicates that the young man could possibly face the death penalty.

In some ways, it is very easy to imagine that all the social media and social networking choices we have available to us now on the Internet were actually started by intelligence gathering agencies. What better form to initiate a Big Brother controlled world? Hello, are you there Winston Smith?

Another reason to believe we have been deluded into thinking that smart young innocent geeks started all these sites is that even countries with oppressive regimes are quite pleased to allow social networking to operate within their borders. While there is the angle that sites such as Facebook generate billions of dollars in advertising revenues, this really is peanuts compared to the value of knowing exactly what over 800 million Facebook users are doing each day. Oh, and where they are, what they are saying and even more importantly, who they are associating with. Rich pickings indeed for the CIA, MI5, Mossad et al.

Then there is another sinister Big Brother possibility. Not only could you be being monitored by a bunch of spooks sitting in front of a row of computer screens, but what about some of the friends you have on these sites. How many of them could possibly be spooks as well and instead of just monitoring, are perhaps actively involving you in conversation looking for information?

I really wish my imagination wasn’t so active. Of course, this can’t be true. We live in a free world with democracy on the rise and news bulletins full of friendly smiling politicians. All peace and love and baby kissing. No, social networking was created by innocent, pimply young computer geeks who just wanted to have some fun and make the world a nicer, friendlier place.

Careful What You Tweet – Big Brother Is Watching You