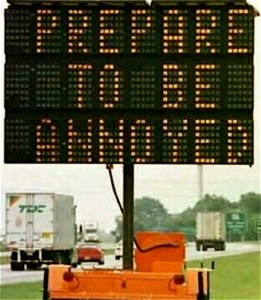 It’s been a while since I posted part two in this, what was never intended to be series of moans, whinges, complaints and petty nitpicking, but what the hell, I enjoy it. It gives me a form of release and relief to get these little nasties of my chest. Then there is the other consideration. When my creative mind is a total blank, which it often, this is an easy blog topic to clack out. So let’s clack away with another five all time favourite annoyances.

1. Computers. In any form at all from PCs to Macs and smart phones to cable TV set-top boxes. They all have the same horrid trait. They fail to proceed as exactly the same moment you just haven’t got the time to play technician. They all have the horrid ability to know when you’re in a hurry and do everything in their power to go on strike right at the time you urgently need to get that email from your boss. Exactly the moment you want to show Aunt Nellie your holiday photos.

2. Anything labelled ‘Customer Service’. Such a nice name for a bunch of people that are highly skilled at saying and doing everything possible to provide absolutely no service at all. So well trained that they can vomit platitudes until the cows come home, but will never say that they will help you with your problem with their defective product or service.

3. Human Resources. Sounds like a copper mining company to me and always has. The bit that really annoys me though is that HR worldwide seems increasingly to be managed solely by twenty-three year old blonde women with knee length black skirts and a seriously bad attitude. Plus, anyone that knows anything about resources and mining knows it’s bad luck to let a woman in a mine.

4. Food for pets. Why is it more expensive than food for me? Same goes for treatments for pets. Always three times the price of my insect repellent spray. Just doesn’t seem right now, does it?

5. Last but not least, are those cretinous morons who drive at their one comfortable speed no matter where they are. So along they go at 60 kph in an 80 zone, then as they enter a 50 zone they continue at 60 until they enter the freeway and its 120 limit and of course they continue at 60. They are damn dangerous in 30kph school zones too. But I should be more tolerant I suppose. They’re probably just trying out the cruise control!