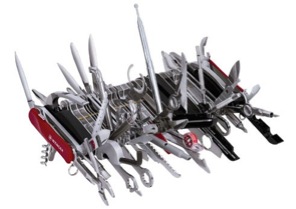 For those readers who may not know, I’m an old Aussie transplanted slap-bang in the middle of Europe – Switzerland in fact. It’s now been ten years but I still recall two expressions I read just after arriving in 2001. ‘You know you’ve been in Switzerland too long when ….’, which was the introduction to a very long list of Swiss quirks that one finds unusual to begin with, but rather like after some time.

The second, ‘Switzerland is like a bumble bee. It shouldn’t fly. But it does.’ This is so true as there are so many aspects of this country that just should not work; but somehow they do.

So with ten years of experience under my belt, let me give you just a small taste what it means for me now to be Swiss. By the way, yes, I now proudly have Swiss nationality.

I like voting 4 times a year. It’s often said that voting for politicians stupidly encourages them to do something. Well, here we do it different. Four times a year we vote on initiatives or changes to the constitution or acts that our politicians must then pass into law. It really is the tail that wags the dog in Swiss politics. When we vote to elect our representatives, there are seven mainstream parties to chose from, so no one wins ever. This is great as they just have to go back to working together. Again.

I like saying Bonjour. One wonderful element of Swiss life is the habitual greeting of anyone who happens along. Whether it be in the elevator, at the bus stop, on the sidewalk or in a shop, us Swiss just can’t resist saying ‘Bonjour’ to all and sundry. On a Saturday morning at the market in our little town, it’s a ‘Bonjour cacophony as everyone greets everyone.

White wine, Cheese and Chocolate. Now these three things are the fuel that fires the engine of Swiss life. Without them the country would collapse, the mountains would tumble down, banks would go bankrupt, all the cows would die and snow would fail to arrive in winter. The people would revolt and return to the savage practices of the Vandals. No not me, the real Vandals that sacked Rome in 455.

Nothing is open. This was a real pain for me when I arrived after being so used to a 24/7 lifestyle in Australia. What? Car dealers and real estate agents are closed on the weekend! Every store, post office and business closes daily for two hours for lunch! The local commune office is only open two days a week. And only in the afternoon? The unemployment office at least opens three afternoons a week. But you know what? Now I like it. ‘Slow down, you’re movin’ to fast. Gotta make the mornin’ last yeah!’ So ok, I’m feeling groovy about spending lunchtimes and weekends with my wife and dog and not scurrying around.

Pick a language. Go on. After ten years here my French is functional but still hopeless. Luckily though, I live in the French speaking west of Switzerland and not the east where Swiss German is spoken because I only know six words in German, and only two in Swiss German. Yes, very different languages. The south is a problem for me too as my Italian is not worth mentioning. Further south-east the language is Romansch. Now I can’t even say that so no need to say more. But I like it. When we don’t understand, we just smile at each other. A terrific recipe for social harmony.

You Know You’ve Been In Switzerland Too Long When …..

One thought on “You Know You’ve Been In Switzerland Too Long When …..”