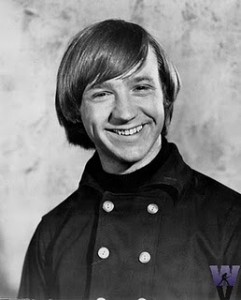 Who you ask? No not The Who but the Monkees. Between 1966 and 1968 the Monkees were created purely for an American television program with the idea of capitalising on the Beatlemania of the time. One must say that in that endeavor it was a huge if not short lived success.

The reason for mentioning this fact is that it reminded me of my childhood in Australia and the TV heroes I had at the time. While it was a long list and I have mentioned some in previous posts, I would like to take a few words to pay tribute to the first bass guitarist that I hero worshipped. Now when one thinks of famous bass guitarists the names of Paul McCartney and Suzi Quatro come leaping to mind. But not for me.

The name of Peter Tork is the name that immediately presents itself to me and reminds me of my introduction to the beauty of the electric bass. Albeit, played by a guy with a mop top that defied gravity and any resemblance of masculinity. He did however drive the rhythm of the aforementioned group, The Monkees. And as all musicians know, it is the bass player who is the real musician in a band. That is not to say that Mickey Dolenz, Mike Nesmith and the number one teen idol of all time, Davy Jones, were not great too.

It is just that for the crazy two years that were my only foray into bubblegum music, it was Peter Tork who remains the most memorable.

Thank god Jimi Hendrix arrived soon after and bought me to my senses.