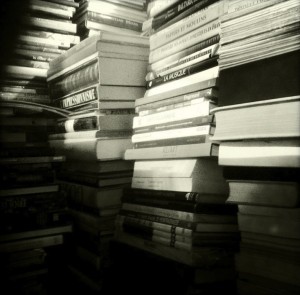 An article caught my attention recently. Fittingly published it would seem on fool.com, it gives some startling statistics regarding book publication and documents the entry of Amazon as a major new player in the publishing industry. However, the following paragraph is what really brings home the chilling reality for authors.

Armies of failed books
Amazon has some strong industry headwinds to push through, however. Out of at least 1.2 million titles published by the entire industry over the course of a year, almost 80% sell fewer than 100 copies. Only a few books at the very top of the sales lists make any real impact. One analysis estimates that only the top 3,000 or so books on Amazon’s sales list will sell 100 or more books a week, depressingly low figures when stretched out over a full year. Top e-books don’t fare much better — the top 1,000 best-sellers sell perhaps 500 copies a week.

Did you catch that. 80% of books published sell less than 100 copies. This is not just for ebooks or self published titles but for the whole industry. One can only imagine that the percentage of self published ebooks and paperbacks is even more depressing. However, it would seem that there is still enough ‘fat’ in the market to extract a corporate profit and Amazon are making steady progress towards nabbing a lion’s share of the publishing market.

In another report in the New York Times, Amazon Signs Up Authors, Writing Publishers Out of Deal, it is now no secret that Amazon are trying to cut out the middle men. This being the literary agents and mainstream publishers. So what does this mean for authors? Probably a tough road ahead unless you are so successful that Amazon will come knocking at your door. For those authors who are hoping their publishing dreams lie with a literary agent, it will also be a tough lot.

With the traditional publishing process now being openly targeted by Amazon, agents and publishers alike are not likely to bet on an unknown, and will logically look for authors who they know will sell books. Hopefully. For all the sentiment that is attached to writing, at the end of the day book publishing is a business and a very risky one at that. With 80% of published books selling less than 100 copies, it is high risk.

It would seem to me that Amazon are intent on attacking the book industry from the bottom and the top. That is, enticing the ‘cream’ to their new publishing houses and undermining the traditional publishers. While at the same time, encouraging self publishing to enable them to have a huge stock of cheap and ultra cheap ebooks to use on ‘el cheapo’ advertising supported Kindles. Not a bad plan. Rake in the cream of publishing profits and add a new stream of advertising revenue from the other end.

26 thoughts on “Authors – The Chilling Reality”