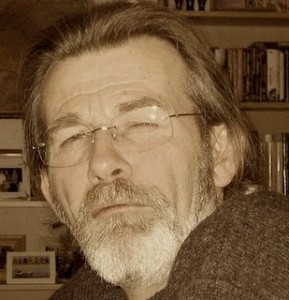 With the release of his new book, February The Fifth, our reporter Said Orquardly tracked down Derek Haines for this exclusive interview.

SO. How did you come to discover this hidden planet called Gloth?

DH. It was strange really. I was actually looking at images of Jupiter in Google images. I found one I liked, but there was a big red blotch on it. So I popped it into my clever photo software to clean it up. But when I erased the red blotch, I noticed there was something behind it.

DH. Yes. After a little more Jupiter erasing, there it was. The hidden planet of Gloth.

SO. And this became the inspiration for your new book.

DH. Well, I could hardly pass up the opportunity of a new planet now could I?

SO. No. I understand. So, how did you arrive at the name of the main character, February The Fifth?

DH. Well, in fact it’s not his real name. I chose it to protect his identity and because I love alliterations. I did however toy with the names Rocky and Henry but somehow they just didn’t have that certain ring you need in a famous character’s name. In conversations with him, I called him George though. He seemed quite happy with that.

SO. You seem to have a pre-occupation with religion in the book. Is there a reason for this?

DH. No I don’t believe I have a pre-occupation with anything in the book. I have heard the nasty gossip about me having copied notes from my Sunday School work book, but this simply isn’t true. If anything, I believe I may have over used ordinal numbers though.

SO. One criticism that has been levelled at your book and your writing in general, is that you don’t kill off enough people to be a valid author of fiction. How do you react to this?

DH. Yes, it’s true. Along with my reticence to use gratuitous sex and vampires, it could be a valid criticism. But I believe in keeping within the bounds of decency and my lexical range. There are just some words I don’t know.

SO. On the subject of lexis and vocabulary, I note that you have a couple of favourite words.

DH. Oh, you’re referring to things and stuff. Yes, I do like to use these two words at critical points in the story because they save on a whole bunch of paragraphs just describing something. The story moves much faster by using these two words. You know, ‘He grabbed some things and went and did some stuff,’ really has some pace about it don’t you think?

SO. The burning question I suppose for your readers is if there will be a sequel to February The Fifth. A Sixth perhaps?

DH. At this point in time, I’m not really sure. I was very careful though to keep my options open by including a hint of procreation in Feb Five, so the door is open.

SO. Well, thank you so much for your time this morning, and good luck with the new book.

DH. My pleasure. Oh and don’t forget, Derek only has one R.

An Interview With Derek Haines