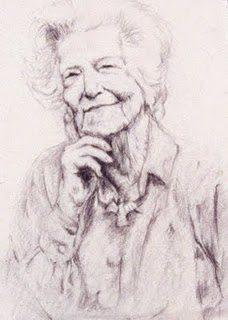 It is rare that we are totally honest. Either with others or ourselves. This does not mean that we are all habitual liars. It is just that we all have a tendency to either leave things unsaid, omit information or create impressions or personas that are just a little false. We like to fit and be accepted, and shy away from being the odd one out. The small percentage of people who do not fit this mould are often referred to as radicals, marginals, extroverts or free thinkers amongst other similar labels. Those who seek to be one hundred percent honest in their opinions, feelings and way of life. Those who cannot help themselves when it comes to honesty.

I met a lady, an elderly lady, who was an oddity in the depressingly average suburb in which I lived. But I was fortunate enough to have her and her husband as my neighbours. She liked her nudity. She was proud of her nudity, and felt at ease with her nudity. She felt comfortable with anyone else’s nudity. She was not one to flaunt herself, and always had a light gown or similar hanging on a hook near her front door so, as she would say, “Not to frighten the life out of unsuspecting visitors or religious hawkers.” I will not use her real name, as I have not seen her in a few years, and have lost contact with her which is my loss. So not being able to ask her permission, I will call her Doris for the sake of the story.

There was nothing Doris enjoyed more, than taking a week or two respite from the city, and booking herself into a clothes optional resort. In days past these were called nudist retreats, but like so many things nowadays, a new consumer friendly or politically correct name has been invented to replace the words that everyone understood. She would revel in the sun and breezes, trees and nature, friends and freedom of these places. She would travel by herself, or with a like minded friend, as her husband had never been as enthusiastic about the idea as his now seventy plus year old wife.

On my frequent visits next door to see Doris, I would often take for her a small selection of fresh vegetables which I grew in my garden. She delighted me one morning when I gave her six plump, red, ripe tomatoes. “Oh love apples!” she exclaimed. “Did you know these are aphrodisiac? I just love to eat them like an apple. Such a waste of an aphrodisiac though. Wasted on an old woman like me!” Delivered with such a wicked smile it was hard for me to tell how much trouble I was in. She must have seen I was just a little unsure, so she quickly reassured me I was in no danger of her lustful intent. But to be on the safe side, she suggested I should not be around when she ate the tomatoes!

Her husband had had a stroke prior to them moving to the house next door to mine. He was a quiet, friendly man, who although struggling to communicate as a result of his stroke, but it was not difficult to discover quickly that he was a well educated and refined gentleman. He was also a very shy and timid man. Far removed from his wife’s gregarious and very open-minded attitude. The combination however had resulted in a long and happy marriage of over fifty years.

It was a surprise to Doris, when she discussed her forthcoming plan for a week away at a nature resort, that her husband inquired if he may join her on this occasion. She of course welcomed the idea and was very pleased that they could go together. It was a clothes optional resort, so he could just enjoy the activities as he wanted, and not feel he had to bare all to be accepted.

They left on a Tuesday , and would be returning on Sunday afternoon. I needed to know the travel plans as I was now in full charge of watering their garden during peak summer. They returned late Sunday evening. I did not go to see them Monday as I imagined they would need a day or so to organise themselves after their time away. On Tuesday night, I saw an ambulance in their drive way. I only noticed it just before it reversed from the drive way and headed off into the night. Doris’s house was left in the darkness.

It was Thursday morning when I received the news. Doris’ husband had passed away on Tuesday night her son told me. She had asked him to come and tell me. She didn’t think it appropriate to do it over the phone. Doris was staying with her son. Her daughter came from interstate and was going to stay on with her when she was ready to move back to her house. It was a week or so after the funeral when Doris came home to stay.

After her daughter had returned home, Doris started to find her feet. She was not going to lay down and die. There was a life to be lived. A routine to find once again. One morning I knocked on the door as I had done so many times, with my freshly picked vegetables in hand. I heard her coming to the door and could hear her mumbling about having to put her gown on. She opened the door and welcomed me inside as she always did. “More love apples Derek. You will tempt fate one day!” she joked as she put the kettle on.

Over coffee she told me how well she was doing. Adjusting to life. And in her own way, even admitting it was to some degree, a relief. She had spent many years looking after her almost invalid husband following his stroke. She then told me of their last week together.
For the first time in his life, her husband had joined her in her love of the freedom of nudity. He had joined in every activity with her. “He really enjoyed himself. Really.” she emphasised. “Of course it was all a bit of a novelty to him, and his eyes seemed to more wide open than I had ever seen them. He might have known the end was near. I don’t know. But I do know that he died with a very big smile on his face!”

We all have role models that we have collected, especially during our childhood and adolescence, but we should not stop this process during adulthood. Qualities abound in the people around us, if we take the time to notice.

Based on and extract from: An Uneducated View of Sex, Food and Politics.

My Memories of Doris

4 thoughts on “My Memories of Doris”