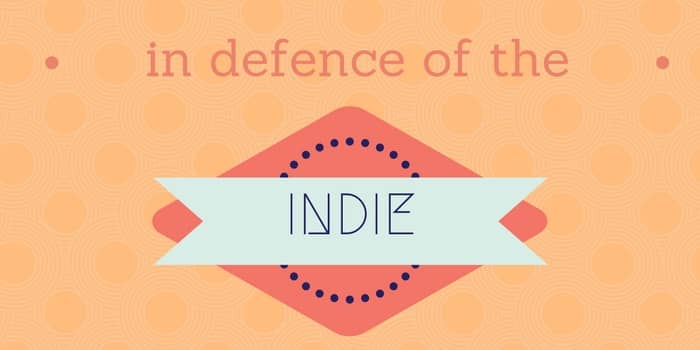 After reading a blog post written by Su (@Sirra_girl), The Ugly Side of Indie Publishing on Videlicet Productions, I didn’t hesitate in adding my two cents worth by way of a comment. However, as good as the post was, it was a comment from @remittancegirl that really caught my attention.

‘Traditional publishers, with few exceptions, publish book after book of safe, tired, formulaic crap in an effort to do that trick again and again. They have become a serious inhibition to cultural growth, not the promoters of it as they once were.’

In my mind, this encapsulates exactly why self-publishing and Indie writers are a great new pool of talent for readers. I’m really quite tired of the quality debate, as with any product available on the market there is good and bad. That’s the consumer’s responsibility to decide at the time of purchase. Almost without exception, any book or ebook available has a preview or sample feature for readers to use. Exactly the same process as buying a book in a bookstore.

In fact, I have just been through the process of deciding on new books to read and from nine samples I downloaded, I selected two books that really looked interesting. One book is self-published, and another from a very small publisher. I have started the first and can say I am extremely pleased with my choice.

Probably the most common complaint I hear about Indie/self-published books is the topic of the odd, or maybe not so infrequent typo or formatting error and have covered this point in previous posts. What I would reiterate though is that it is simply not financially viable for many self-publishers to pay the cost of weeks of professional line editing. But in defence of the self-published Indie, I know how much work and effort many writers that I know put into preparing their manuscripts. Whether it be by paying for an editor or proofreader, using beta readers or friends to help, the editing process is long, painstaking and taken very seriously.

I do agree, however, that those self-published writers who skip this step and publish error-ridden manuscripts in their haste to be published cast a dark shadow over the good and great self-published books.

In reality, though, we all know that even after slaving away for weeks or even months, there will be the odd typo that gets missed. Well, so what? This even happens after expensive line editing by professionals. If a text is riddled with errors, it will be clear from a sample or preview so I would agree, do not buy it. But the odd typo is no excuse not to enjoy a good read and has never stopped me from enjoying a well-crafted story, of which I have now read many be Indie writers.

From my perspective, it is the new authors, Indies and self-publishers that are bringing fresh ideas and powerful stories to print. They are the innovators and the ones willing to experiment, try something new and of course accept failure along the way. Unlike the traditional publishers who are treading water and peddling the same-o same-o. If they were selling music, they would probably be very happily still flogging Perry Como, Elvis Presley and Dean Martin. In my local bookstore, the racks are full of titles from The Big Six’. But you know, as much as I love Douglas Adams, I really don’t want to buy his books again. Nor Rankin, nor Rushdie, nor Clavell, nor Follett. And certainly not Sarah Palin. I would prefer Barbara Cartland any day.

Even my wife, who has been a bookstore buyer all her life has become fed up with bookstore offerings and is now using her Kindle as a means to discover new books, new authors and new ideas.

In my opinion, the future of publishing will follow the digital music industry. Small Indie publishers that are now starting to emerge will develop the innovation, imagination, courage, marketing savvy and quality controls to bring great new titles to the market. Giving bright new authors the opportunity to express themselves, but at the same time, having the expertise to prepare a quality product. The ‘Big Six’ will remain of course, but challenged by a few hundred smart Indie publishers, it could revitalise the current stagnation in the industry and bring back cultural growth to literature and reading.

In Defence Of The Indie

10 thoughts on “In Defence Of The Indie”