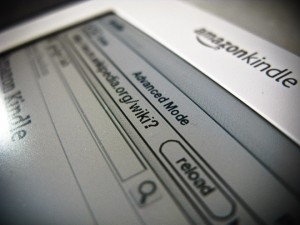 Don’t get too carried away with marketing your ebook all over the world, as the world hasn’t yet become universally Kindled nor Nooked. To be realistic about all the Amazon hype, ebooks are still predominately a US phenomenon. Yes, of course ebooks and e-readers are sold outside the US, but you can really forget about markets such as France, India, Australia, Asia and many other countries and regions where Amazon either doesn’t have a presence, or has yet to, or may never offer Kindles and ebooks.

France is a great example. Amazon has it’s own large store there, but have not been offering Kindles or ebooks until just very recently. Australia is a surprise in not having an Amazon store at all. There may be Amazon Japan, but it is not a store servicing the broader Asian region, and has yet to offer Kindle even in Japan. As an absurdity, Amazon UK do sell Kindle books but they are NOT shared listings from the US store, so reviews don’t get posted from one store to the other and paperback versions listed on the US may not appear in the UK store. Go figure that.

It’s very easy to be convinced of a worldwide successes on the Internet, but one should step back sometimes and take a longer look. US market success, while being very big of course, is not worldwide success. I often hear from people in Canada who feel aggrieved at not being able to be part of some US market opportunities.

To be perfectly honest, the Amazon ebook explosion has really only exploded for authors in the US. As an author publishing on their platform, I am penalised at every step, simply for not being domiciled in the US. This applies to many authors and writers I know who live outside the US. Some of these problems are caused by US government regulations, but there is still an awful lot Amazon could do for non-US authors.

So the wash up is; don’t throw away your paperback and hard cover marketing just yet. There is still a lot of world out there who still read books and have yet be either convinced, or have the opportunity to take part in the ebook revolution.

And if you are a reader who lives outside the Amazon markets zones and wants to read Kindle books, your only choice is to probably order from Amazon US if it is possible and local import duties aren’t exorbitant.

Ebooks Are Not A Universal Success

21 thoughts on “Ebooks Are Not A Universal Success”