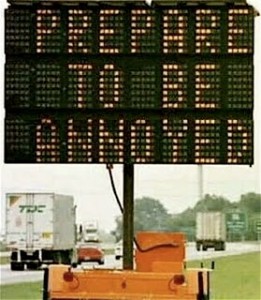 It’s been a little while since I vented my spleen on some of my favourite annoyances. While my first post on this topic was intended to be a one off, I liked the idea so much that I just had to write a second. Even after two I felt unfulfilled, so along came a third annoying post. Then all of a sudden this morning, I felt an urge to write a fourth episode in my annoyances trilogy. Yes, I know it should be limited to three, but dear Douglas Adams got away with five parts to his trilogy of Hitchhiker books, so I reckon I still have one more up my sleeve. Anyway, let’s get on with this.

1. Twitter. I know this may sound hypocritical as I’m a Twitter power user, but in the last six months Twitter has really got on my wick. Perhaps the money men have given Twitter a kick up the bum or they have developed a new variety of nonsensical algorithm but Twitter is now a garbage dump full of spammers and annoying hackers. While Twitter rule abiding users have been having their accounts suspended for crimes such as unfollowing too many users (usually crappy spammers), the spammers flourish. It is so bad now that my direct message box is now useless as it is replete each day with hundreds of auto-spam messages making it impossible to find my real messages. Enough, I’m getting annoyed again.

2. Jam Jars. Why is it necessary to be Hercules to open a jar of jam (jelly for my US readers). I often think about widowed grandmothers all around the world, waiting with anticipation for a strong grandchild to visit so they can have some jam on their toast for breakfast. Until they arrive the poor dears can only look at the offending jar of marmalade sitting smugly on their kitchen counter.

3. Television Evening News. As this daily broadcast often coincides with dinner, why do news editors insist on screening mutilated dead bodies, graphic surgical procedures and sobbing victims of crime in the middle of my meal? Enough to turn me off my tomato soup.

4. Dust. This a relatively new annoyance for me as for most of my life I’ve been on the move so often I’ve never noticed this phenomenon. However, after now living in the same place for ten years, I just can’t believe how rapidly this stuff accumulates and how it manages to penetrate even the most securely closed cupboard or wardrobe. I’m starting to believe that dust is a living organism that can reproduce itself faster than rabbits.

5. Noses. Why is it that your nose only decides it needs scratching when you have both hands full of shopping bags? Nasal irritation must surely be connected in some way to the applied force of weight upon your arms. Atchoom!