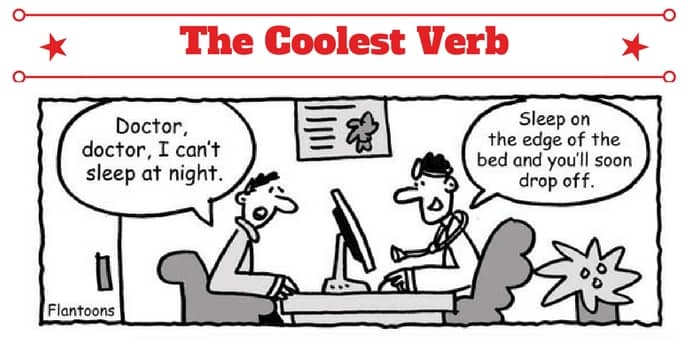 English has one of the coolest and at the same time most mysterious of verbs. Verbs to me are the motors that drive phrases and sentences. Normally, as in most languages, these verbs are one word. But in English, we have the special and totally cool phrasal verb. Sometimes now called the multi-word verb.

They are normally two words, but sometimes can be longer. For example, to put up with, to look down on or to get on with. Common two-word verbs are give up, get over, take up or get by. All very cool, and should need no thought or consideration when writing. Except!

Well, two things really that may need a second thought. In formal English, the use of phrasal verbs is not so cool. In fact they should be avoided at all costs if you wish to communicate in highly formal writing. A single word verb is much better. Job application letters, reports, letters of complaint and legal correspondence are examples of where they should be avoided. So to put up with would need to be replaced by to tolerate.

The second small matter is that of meaning. The phrasal verb to take out is a common example. But what meaning does it take? Consider these examples.

In these four examples, we can see how context is the key. Try these.

To put a deposit down. (to secure)
To put a dog down. ( to kill)
To put your friend down. (to humiliate)

Then there are these.

Just in these three sets of examples we have:

In fact, there are seven kinds of phrasal verbs in English and it is one of the most complex grammatical points in our language. Somehow though, we find them highly communicative, and without them, advertisers would be lost for words. They are finding their way into other languages as well because of their simplicity in delivering a message. Another interesting point about them is that each year new phrasal verbs are added to our language. One of the most famous in recent times is the one attributed to Tony Blair. To sex up a dossier.

We are now so used to googling someone up aren’t we?
You can find more information here.

7 thoughts on “The Coolest Verb”