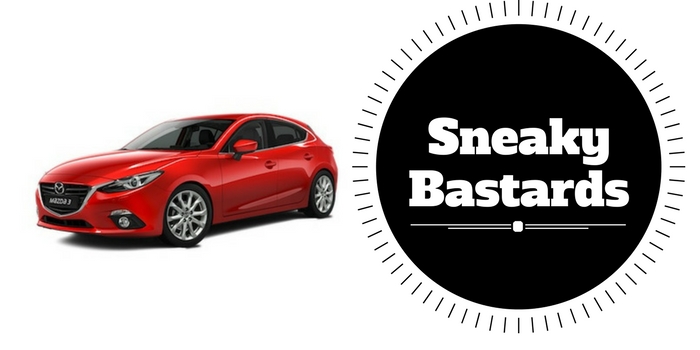 As many do I suppose, I check Google News once a day or so. It’s not my favourite news source, as I have a long list of news and newspaper sites I check most days, but it covers a lot of territory.

However, in the last few days, I have noticed something that is really starting to irk me about Google News. Well, not just irk really. More like annoy me greatly. It is something that proves that Google is purely an advertising company and nothing else and that they are becoming increasingly aggressive.

Let me start at the beginning of this nasty little story of how the sneaky bots used my clearly not so private data.

About three weeks ago, I was surfing the Net looking for a possible new car to buy. I stumbled upon the new Mazda 3, and did some searches for reviews and prices. Perhaps I looked at around 10 sites. Satisfied with what I had discovered, I left it at that. Maybe I’ll buy a new car next year.

I am not dumb and know that by connecting to the Internet one is open to being tracked. But for Google to use their news page to bombard me with clearly targeted ‘news’ items that are in fact ‘hard sell’ advertising is taking liberties just a little too far.

Where will all this insane Internet tracking end? With ‘just in time’ advertising for funeral directors for my family when I digitally draw my last breath?

Manipulating my news feed for a disgusting attempt at a profit is a step too far for me. And as for Mazda? Well, Mazda must have bought this disgustingly intrusive new Google advertising product, so I say to them, I’m buying a Toyota!