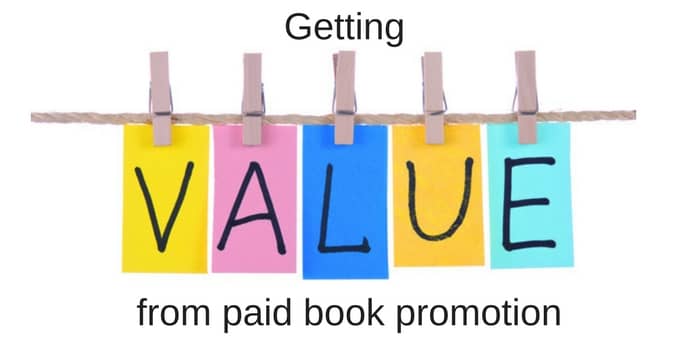 Update to this article: I no longer own Whizbuzz Books, but the following article remains for interest value only.

As many readers may know, I also run a paid book promotion website. Whizbuzz Books has been operating successfully for many years now and has taken a soft marketing approach to both promoting books and authors, as well as itself.

During this time, Whizbuzz Books has attracted a large following on Twitter, Facebook, and more recently Pinterest. With these admissions and disclosures out of the way up front, let me now move on to the purpose of this post.

This post is not about my own site, but having mentioned it, I suppose you can call that part of soft marketing. However, having access to my own site’s data means I can use it as an example further on in this post.

What I’d like to look at is the rapidly increasing number of new sites offering paid book promotions, and what to look out for when reaching into your wallet to invest in promotion. While some are genuinely good value, there are others that may look good but are often new entrants with little behind them.

Most of the new entrants use a similar method in setting up shop. They buy Twitter followers to give their accounts an instant sense of grandeur. Of course, it looks good when a site can boast 150,000 followers, but if they are mostly bots and dead accounts, which are what purchased Twitter followers are, there is not much value in spending good money on publicising to 150,000 electronically generated nobodies. They just don’t buy books.

Because of this, beware of sites offering paid promotional Tweets. $20 or more is a lot to pay to send a Tweet or two to absolutely no one who is actually breathing. So beware of Pay to Tweet services, especially if the Twitter account is quite new and it has seen a sudden and dramatic rise in followers.

There are also many websites springing up, and normally connected to a new Twitter account as above, offering often very expensive promotion and marketing packages for books, and while some established sites are well worth the investment, there are many new sites that may not be such good value for money.

To give a graphic example of how to quickly check whether a website that is offering paid promotion is worth considering, a site called AHrefs is one of the best to use. What you are paying for is an audience to see your book. If a site is reasonably long-standing and has good traffic and page views with a high number of backlinks, the site is well worth considering. But if not, who will see your book? Look at the following screenshots of firstly my own website, and secondly, a very recent and quite expensive entrant into the paid book promotion business.

So even though this new entrant may look good on Twitter with approximately 70,000 followers, the truth is that the website was only created just over a month ago, and has only 98 backlinks, a very low URL score, therefore next to no website traffic whatsoever. Comparing 98 to 18,500 backlinks for Whizbuzz, it is clear which site generates the most traffic.

Okay, I’m in the book promotion business, so you can call me biased towards my own business, but I believe I give my paying clients not only value for money, but also transparent information and disclosure about what exposure they will really get for their money. If a site is reputable and offers genuinely good value, they will give you their traffic information if you ask. So ask. When planning your book promotion, it makes sense to use a selection of sites to spread the word about your book. So I do not view reputable promotion sites as competition.

A little research before reaching into your wallet for your book promotion is what I would advise though. Whether you are considering spending $50 or $500 on book promotion, use AHrefs and check out exactly what book promotion sites are really offering you, and beware of grand promises.

Promoting a book is always an investment and in some ways a gamble. Great promotion and advertising won’t fix a bad book, but you do need readers to be able to discover you, so promotion is absolutely necessary. Just make sure a lot of people are going to actually see your book when you pay for promotion so it has a good chance. There are quite a few very reputable book promotion sites on the Net and these sites are well worth using for promoting books. But it’s always wise to check before you hand over your money.